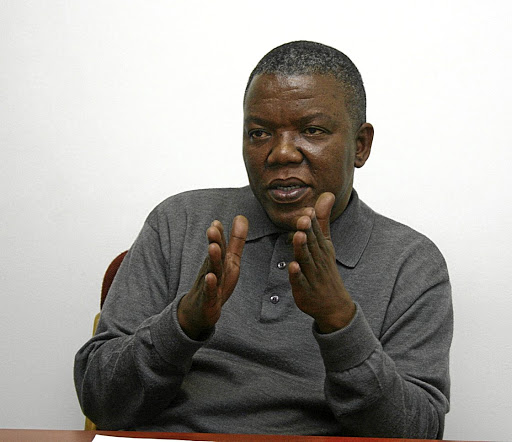 Cleared Boxing SA CEO Moffat Qithi is yet to return to the office after winning his case against the national governing boxing body in December. /Sibusiso Msibi

Qithi won a case of unfair dismissal against Boxing SA two weeks before Christmas but the national governing boxing body wants to exercise its right to appeal the Commission for Conciliation, Mediation and Arbitration (CCMA) ruling by approaching the labour court.

"Boxing SA has taken note of an award issued by commissioner Siavhe, who ruled on the matter between the former CEO and Boxing SA. The board of Boxing SA is currently studying this award and considering taking the award on review," said chairperson Peter Ngatane in a statement via current CEO Tsholofelo Lejaka yesterday.

" Boxing SA has already communicated with the former CEO [Qithi] not to report for duty pending the finalisation of the above-mentioned process."

The CCMA ruled that BSA pay Qithi almost R4m, which was his monthly R100,000 salary dating back three years, and that the man who was sacked by BSA in 2015 report for duty at the BSA office on Monday.

But he did not report for duty because his lawyers, he revealed yesterday, received a letter from BSA which stated that they wanted to consider the CCMA award.

"Well, I don't know what they want to consider but my lawyers felt it was their right," explained Qithi.

"That is a normal practice in such situations. We are giving them time to study the judgment. That is all I can share with the public for now."

Qithi was suspended in 2013 for failing to disclose his criminal record when he applied for the R1m-a-year job in 2011. Some of the major charges related to gross dishonesty and fraud. A disciplinary tribunal recommended that Qithi be sacked after finding him guilty on 10 of 14 charges.

Loyiso Mtya, who took over from Qithi, resigned from his role as interim CEO in February 2015.

He was also serving a suspension on allegations of corruption and abuse of power.

When Qithi was suspended Director of Operations Loyiso Mtya took over as interim CEO but later resigned.

Lejaka was announced by then sports minister Fikile Mbalula as the CEO in 2016.