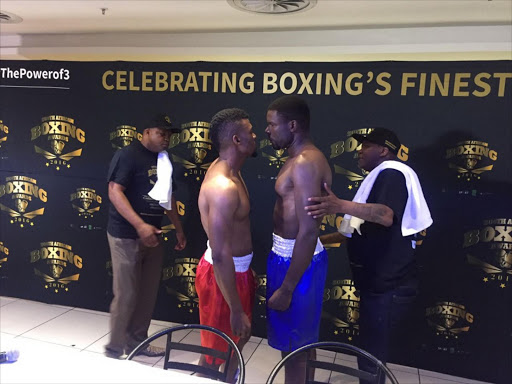 Boxing SA officials have been on the receiving end of intense criticism since they announced their decision to use two popular soapie actors to publicise the South African boxing awards gala to be held at the Durban International Convention Centre on Friday night.

Boxing purists are not pleased that BSA turned to Generations: The Legacy actor Vuyo ‘‘Gadaffi” Dabula and his Muvhango counterpart Gabriel ‘‘Chief” Temudzani when they searched for ways to market the return of the ceremony on the calendar.

But BSA chairperson Muditambi Ravele remains unfazed by the criticism and says the idea has proved to so successful that they would do it all over again.

‘‘Our strategy is to bring glory back to boxing and we had to think outside the box when we discussed ways to put the spotlight on these awards‚” she said.

‘‘The response has exceeded our expectation to such an extent that we are even receiving calls from companies that are showing an interest in boxing again.

‘‘The only thing I can say to those who are opposed to the decision is that times are moving and you can no longer rely on old trends to market events these days.”

The marketing gimmick has certainly succeeded and even those who have a passing interest in the sport have sat up and taken notice of the frenzied circus generated by the fight between Dabula and Temudzani.

It also helps that the two actors were trained by former world champions Dingaan Thobela and Jan Bergman.

The former boxing champions did their bit in selling the fight and told all who cared to listen in the days before the event that they were actiually impressed by Dabula and Temudzani’s slick moves.

The last boxing awards took place in 2009 and there’s a very strong possibility that Friday’s event would have passed by without so much as a whimper had BSA not taken matters into their own hands.

South African boxing has had its fair share of problems over the years and Ravele conceded that this is one of the reasons why the event was not been held for so long.

The extended absence of the sport from SABC TV after a protracted television blackout and the chaos that characterised the CEO’s position also didn’t help.

Ravele BSA has cruised towards calmer waters since Tsholofelo Lejaka was appointed as CEO in May last year.

‘‘We are finally attending to the business of the sport and focusing on our mandate‚” she said.

‘‘We are a long way from the days when we had no management to speak of.”

Indeed‚ before Lejaka’s appointment last year‚ BSA had not had a permanent chief executive since Moffat Qithi was suspended in 2013 for not disclosing previous criminal convictions during his interview.

The chief financial officer post has also remained vacant since Kgosimang Mosupa‚ who was suspended in October 2014‚ was dismissed for financial irregularities in July.

Qithi received full pay of R100000 a month until he was sacked in July 2015 after a tribunal had found him guilty on 10 of 14 charges‚ five of them involving “gross dishonesty”.

Loyiso Mtya was originally appointed as acting chief executive but he quit while suspended amid several allegations of corruption‚ fraud and mismanagement. — TMG Digital