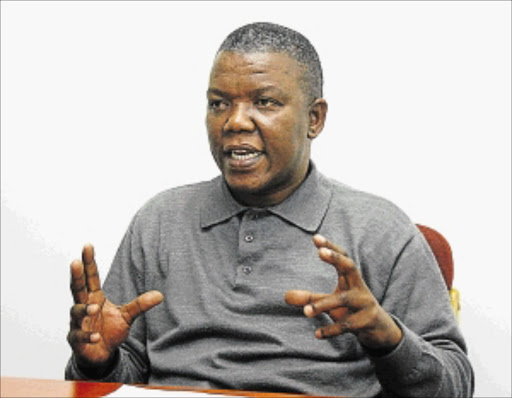 Moffat Qithi, pictured, has been dismissed as chief executive of Boxing SA, nearly two years after he was suspended with full pay of about R100000 a month, BSA chairwoman Muditambi Ravele confirmed yesterday.

A disciplinary tribunal had recommended Qithi be sacked after finding him guilty on 10 of 14 charges against him - five of them involving "gross dishonesty". Ravele said Qithi had not appealed during the five-day window period, which expired on Wednesday.

"The board of BSA approved the findings and terminated Qithi's services, pending his appeal. We gave him five working days to appeal and it expired yesterday, which means the dismissal is effective," said Ravele.

Apart from the chief executive post, BSA will soon be advertising six other positions, two of which were vacated following suspensions.

Chief financial officer Kgosimang Mosupa was dismissed and director of operations Loyiso Mtya quit before his disciplinary hearing. "We want to focus in the future, reposition the organisation and service our licensees the way we should," said Ravele. "Once all those appointments are made, we will have a full complement of the staff and that will enable [us] to look into delivering a quality service to our licensees."

Attempts to get comment from Qithi yesterday were unsuccessful.