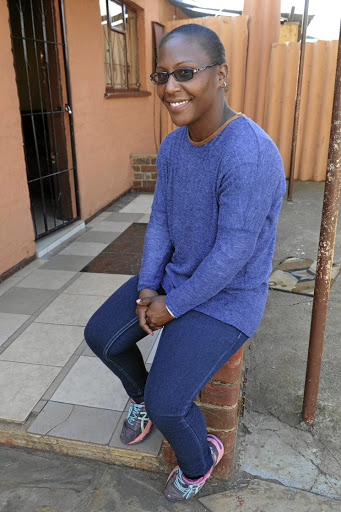 Melissa "Honey Bee" Miller is living proof that perseverance is the mother of all success.

After failing in her previous four attempts to win a title, the 32-year-old boxer from Eldorado Park was dismissed as a no-hoper who should just pack it in.

Instead she changed trainers and joined unassuming Lucky Ramagole of the Orlando Boxing Gym in Soweto.

Miller, who began boxing in school at the age of 16, was trained in a classroom by Isaac Wilson.

"To be honest with you, there were times I wanted to quit," she said with a broad smile.

But Miller, voted Boxing South Africa 2016 female prospect of the year, never gave up on her dream.

Then promoter Khaya Majeke approached her to meet Thema Zuma for the SA bantamweight title at the Sandton Convention Centre last month.

Hedda "The Shredder" Wolmarans proved beyond any reasonable doubt that her points victory against Ndobayini Kholosa over six rounds at Turffontein ...
Sport
3 years ago

That is where Majeke staged the second instalment of the Arnold Classic tournament which formed part of the annual Arnold Schwarzenegger Games. Zuma, from KwaZulu-Natal, had been undefeated after four boxing matches.

The pocket-sized Miller gave her all, sticking to Zuma like glue, reminiscent of the diminutive Jacob "Baby Jake" Matlala.

Miller's experience spoke volumes. After 10 rounds of nonstop action, she emerged victorious, shedding tears of joy after the belt was wrapped around her waist.

"It was a relief, after having gone back [home] from my previous title fights disappointed," she said, adding that "nothing is impossible if you believe".

"Work hard and put your mind into it. If you fail once, soldier on and the result will eventually come. Through all our struggles and setbacks, if you set your mind to it and trust in God, it will happen."

There is still confusion regarding the manner in which Matshidiso "Nomeva" Mokebisi won the ABU SADC junior featherweight title against Zimbabwean ...
Sport
3 years ago

Miller, a single mother of an 11-year-old boy, Jordan, is the youngest in the family of four.

Her siblings are Leandre, 35, Wayne, 38, and Leon, 33. Miller's mother Barbara, 55, is her number-one fan although she cannot watch her daughter's fights to the end.

"I fought with her when she first told me that she wants to box," recalled Barbara.

"I never went to watch her amateur fights. But I attended her fight against Zuma, although I was outside the hall and only watched the last rounds. I cannot watch my daughter getting beaten, but I just cannot explain my feelings when she was crowned the champion."

Miller's son also attended the fight. The Grade 5 student at Heerengracht Primary School said: "I had been to some of her fights. I was happy for her when she won.

"I also intend to box when I grow up because I fight a lot at school, and I have never lost even a single fight. We fight bare knuckle."

Miller says the support she gets from her family - aunts, uncles and cousins - is her tower of strength.

Her father, Venon, also could not believe when his daughter won the title.

Bongani Magasela previews a weekend boxing bonanza that will see action start in Johannesburg tonight, before moving to Eastern Cape tomorrow and ...
Sport
4 years ago

"He phoned Radio Eldos and told them how proud he was of his daughter, that I finally accomplished something," said Miller.

Miller also paid homage to her trainer, describing Ramagole as being more like a father to her than being her trainer.

"Our training session starts at 4pm. I use public transport to get to Orlando and back home. But when I don't have taxi fare, Mr Ramagole brings me home."

Now Miller sees her championship title as her way to a better life.

"I used to run my hair salon from home, but it went down," she said. "It's going to come up again," she added as a parting shot.