Limpopo plans to use pristine golf courses to draw in tourists 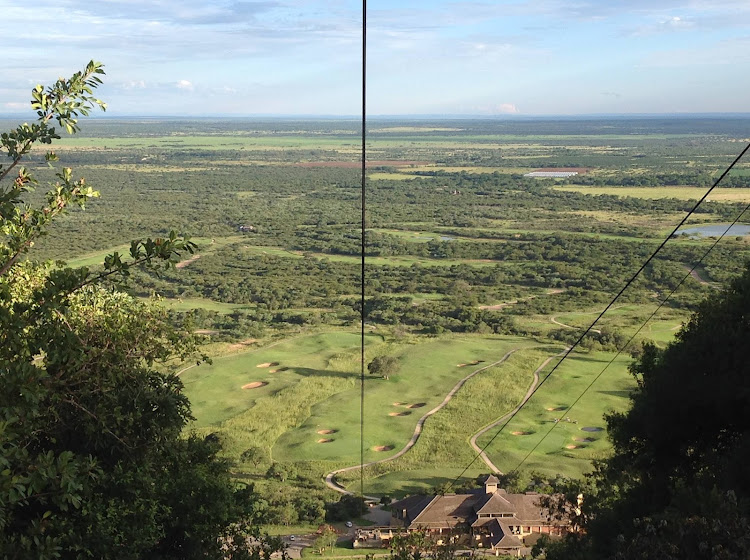 Driving through Euphoria Golf & Lifestyle Estate in Modimolle, Limpopo, is a tranquil experience that can lull you into thinking you are entering one of the gates at the Kruger National Park.

You are greeted by herds of impala grazing on the vast plains. If you missed the signs at the entrance — which tell you this is a signature golf course designed by former world number one Annika Sörenstam of Sweden, the first by a pro women golfer in SA — you will be alerted by the quality of the pristine greens on the 17th hole, a short drive in, heading to the clubhouse and reception area.

Euphoria is one of the immaculate golf courses in the Waterberg region of the Limpopo province, along with Babirwa, Elements, Koro Creek, Mogol and Zebula.

They all fall under the auspices the Limpopo Tourism Agency (LTA).

Settling at the clubhouse, you will get a sense of a combination of golf surrounded by the unsurpassed beauty of the Waterberg landscape that makes Euphoria a unique golfing experience. It provides a true test of golf in one of the most beautiful African bushveld settings.

Euphoria is the home of the annual Limpopo Golf Championship, which will tee off for its fourth edition on March 31, ending on  April 3 in front of vaccinated spectators.

“When the professional golfers and fans arrive here from all corners of the world, they will be presented with a holistic offering of wildlife, scenery, cultural attire and traditional cuisine,” said LTA acting CEO Moses Ngubeni. “Our province is a prime tourist destination and we have earmarked golf as one of the key tools to market what we offer.

“For the LTA, this tournament plays a significant role in promoting local businesses, especially small and medium enterprises.”

The Limpopo Golf Championship is presented by LTA and co-sanctioned by the Sunshine Tour and Challenge Tour.

At Euphoria you hear birdsong while floating in a jacuzzi, or being treated to Indian head massages, hot stone massages, pedicures, manicures and facials.

The facility includes a hydro spa, a cableway that carries you to the Ntshonalanga restaurant on top of the mountain the resort stands in the shadow of, and a relaxation area with a splash pool to enjoy lunch and cocktails with breathtaking views over the golf course and Springbok plains.

There is also a water park, restaurants and bars, a conferencing and wedding venue and retirement village homes. It is truly a golfing and leisure experience in the African wilderness.

“We always say that we are a once-in-a-lifetime destination,” says Modimolle-Mookgophong municipality mayor Marlene van Staden, who attended the launch of the fourth edition of thechampionship held in Euphoria's conference room.

Journalists visited Euphoria the week after President Cyril Ramaphosa played a round at the venue as part of the Waterberg region’s leg of the ANC’s January 8 and 110th-year anniversary celebrations that were held in Limpopo.

“We took an opportunity and made sure that the president was at hole number 10, which is co-sanctioned by the Limpopo Tourism Agency, to take photos there when he hit his first tee shot for that event,” said Andrew Dipela, LTA board chair.

“Those who have played at Euphoria will tell you that it is a very difficult course. Our golf courses are well manicured and because of that professional players always look forward to playing in Limpopo.

“On January 20 and 21 we will be hosting the chairpersons and CEOs of the provincial tourism agencies in the province in Limpopo. We aim to be in the top three of tourism destinations in the country.”

Dipela said Euphoria and Koro Creek were chosen as the preferred venues to host the SA leg of the Professional Golfers' Association (PGA) 100th anniversary celebrations.

“Of all of SA's provinces they chose to celebrate in Limpopo. It’s unbelievable the confidence that has been shown in Limpopo tourism.”

Dipela said the LTA had decided to host all major golf tournaments in Limpopo in the Waterberg region because of the popularity and proximity of the courses.

“As the LTA board we have taken a strategic decision that our golf tourism activities will only take place in the Waterberg region because the type of courses that we have here are pristine, close to each other and also able to provide other amenities.

“There will be another international tournament soon to be hosted by the Elements Golf Course and Zebula Golf Course in the week before the Limpopo Golf Championship.”