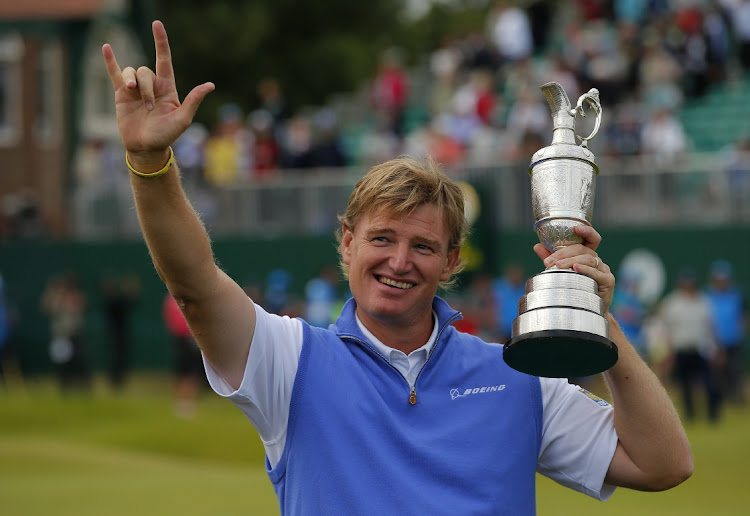 Ernie Els will reach yet another major milestone in his career when he makes his 30th Open appearance at Royal St George’s this week.

It seems only apt that the man who has flown the flag for South African golf around the world for decades now, and who is the country’s last Major champion after winning the 2012 Open at Royal Lytham and St Annes, should lead such a strong group of South Africans in golf’s oldest and perhaps most celebrated Major.

And it brings him back to a style of the game which he has always loved, from the minute he first set foot upon the links in 1987 as a member of a touring South African amateur team.

“I don’t know if you’re born with it or you learn it. All I know is that I took to it like a duck to water. Links golf is the foundation of the game, and I just think I had a good feel for it from the start,” he says.

Els has gone as far as to say that links golf brings something totally different out of him, even to the point of feeling like he hits the ball more solidly and that his legendary languid swing even feels different on the links.

“I love hitting low three irons, and so on. Even with today’s equipment, if the weather is bad on a links course, that’s a true leveller.” – Michael Vlismas

'I was born with a club foot': Rahm cites reason for short back swing

U.S. Open champion Jon Rahm put to rest speculation on why his back swing is shortened, explaining that being born with club foot means he has ...
Sport
4 months ago

Louis Oosthuizen back in familiar spot at the US Open

Perennial major contender Louis Oosthuizen found himself back in familiar territory, tied for the lead with two holes left when first-round play was ...
Sport
5 months ago

South African Garrick Higgo shot a three-under 68 and took advantage of Chesson Hadley's late collapse on Sunday to win the Palmetto Championship at ...
Sport
5 months ago
Next Article