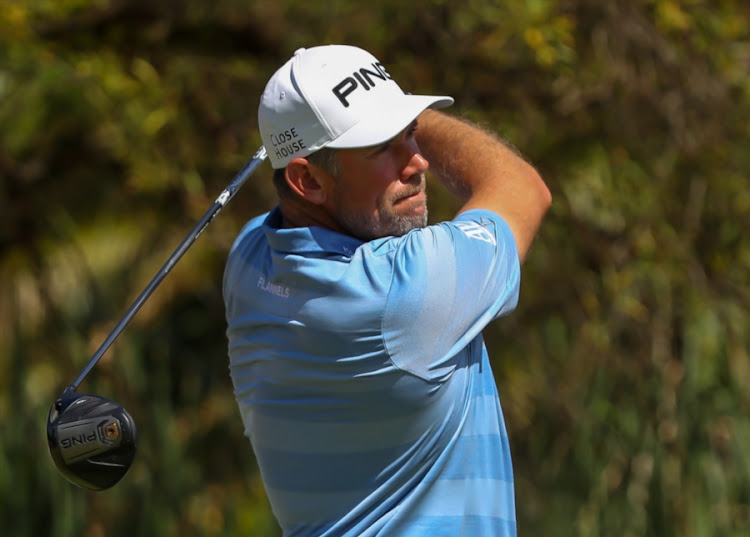 Should he win the tournament on Sunday, Lee Westwood would supplant Jack Nicklaus as the oldest Masters champion, and their place in golf history would also be linked in another way.

Englishman Westwood, who turns 48 this month, is using his son Sam as caddie at Augusta National this week, relegating his regular bag carrier, fiancee Helen Storey, to the role of spectator.

Nicklaus had son Jackie on the bag for his famous 1986 victory at the age of 46.

Westwood was only 12 at the time, but the memory of the Golden Bear charging to the Green Jacket remains vivid.

"I still remember the first time I played this tournament in 1997," Westwood said on Tuesday.

"I played the final round with Jack.

"I went out on the Saturday night and bought the picture, the iconic one where he's following the ball into the hole on 17 with his putter.

"And after we played on the Sunday ... I said to Jack, 'would you mind signing this picture for me'?"

"I still have it to this day all framed up where he's put, 'Lee, enjoyed our round, best wishes, Jack Nicklaus'."

But whereas Nicklaus is the most prolific major winner with 18 titles, Westwood is still seeking his first.

Arguably the best player of his generation without a major victory, he has nine times finished second or third, and is running out of time to close the deal.

"I always enjoy speaking with Jack and picking his brains and just being in his company," Westwood said.

"It's amazing that I'm old enough to have my son on the bag and still be competing in these tournaments, and having Sam here to enjoy the experience with me."

Westwood has been in excellent form recently, posting runner-up finishes in Florida at the Arnold Palmer Invitational and Players Championship.

"It just is validation, really, that I'm still good enough at my age to be out here and contending," he said.

"As for expectations, I don't really have any.

"I just put the preparation in, hit it off the first tee and hopefully hit it on the green and have a birdie chance, and make a few of those.

"After that, it's in the lap of the gods, really"