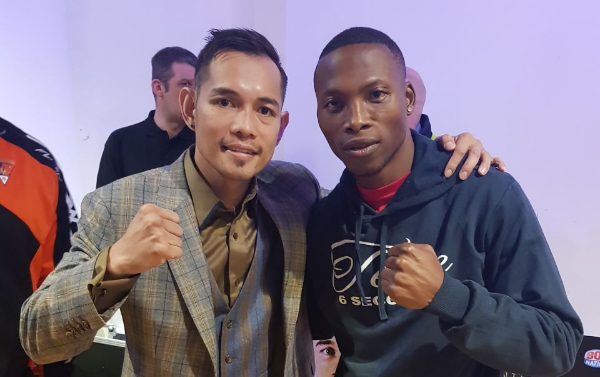 Boxing is a very funny sport and it has no boundaries in terms of match ups.

Blood brothers can easily fight each other as along the prize is tantalizing.

Their trainer Nick Durandt manned Baloyi’s corner while Klassen chose Gert Strydom and Benny Pailman‚ both outsiders‚ to help him.

They guided Klassen to a stunning seventh-round stoppage to win the IBF junior lightweight belt.

The 35 year old Filipino - who boasts a win over Moruti "Baby Face" Mthalane - has entered the World Boxing Super Series (WBSS) tournament and has now set his eyes on being the Muhammad Ali Trophy bantamweight kingpin.

Tete and Donaire struck a cordial relationship when they were in Belfast where the South African retained his title in a lop-sided points win against Omar Andres Narvaez on April 21.

Donaire fought in the same bill and lost to Carl Frampton for the interim WBO featherweight title.

Donaire - who dethroned Simpiwe "V12" Vetyeka as the WBA Super featherweight champion in 2014 - and Tete were so close in that together they sent a heart-warming recorded message to Vetyeka who was hospitalized after being hit by a car.

The 37 year old boxer from Mdantsane‚ - a former SA and IBO bantamweight‚ and IBO and WBA Super featherweight champion - suffered two broken legs. But doctors did a good job and Vetyeka has made a steady recovery.

Said Tete: "This is how this sport of boxing works.

"You are friends today and tomorrow your are in opposite corners looking to beat each other up.

"If the draw pits us against each other‚ then we will fight.

"In fact I will be happy to meet Donaire now because we were going to meet anyway along the way.

"Fighting him now will be much better because if I fight him maybe after two or three years‚ people might say I beat an old man. It is better now."

Kalle Sauerland‚ the promoter of the WBSS‚ announced that the draw for the bantamweight tournament will take place later this month‚ and action will begin in September.

Sauerland said with the WBC title currently vacant‚ it means that all full world champions in the division are on show in the tournament.

The class of the tournament right now is Tete and Rodriguez. They are very talented fighters with youth and punching power.

Burnett is arguably a paper champion with decent boxing skills but nothing special. In fact Burnett (19-0) and Maloney (14-0) are viewed as the weakest links in this WBSS tournament.

Donaire‚ who has 38 wins‚ 24 knockouts in 43 fights‚ appears to have the edge over most of them with his punching power and size. But Tete and Rodriguez are big punchers as well.

Tete has left 21 of his 27 victims counting the stars while Rodriguez boasts 12 knockouts in 18 wins.