OPINION: Mashaba needs to get tough on ungrateful Rantie 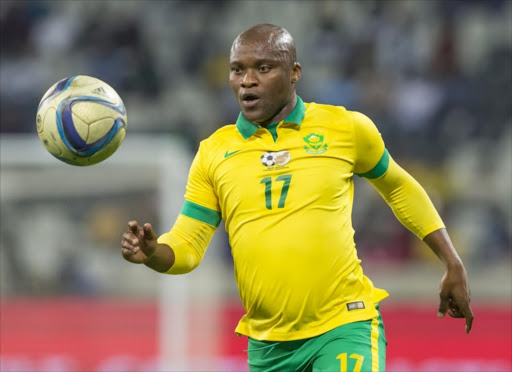 Tokelo Rantie pulled down his pants and let one rip in the direction of Bafana Bafana coach Ephraim ‘‘Shakes" Mashaba a few days ago in one of the most bizarre acts of obstinacy ever seen in the national team.

The flatulence was so suffocating that the putrid stench continues to hover over the team like a dark cloud.

It was such a shocking display of petulance from the Turkey-based player that some of us are still struggling to lower our blood pressure.

In case the old memory needs jogging, Rantie was one of the players Mashaba called up to play in two Bafana fixtures in October — against Burkina Faso on Saturday, and against Ghana in a friendly on Tuesday.

But instead of getting on a plane in Turkey and returning to SA to represent his country, the player slipped past the gates at OR Tambo International Airport and took a detour that would have made a Mthatha taxi driver’s head spin.

Our man sped to Parys, Free State, as if the hounds of hell themselves were in pursuit and switched off his cellphone when he got home. He spent most of his time in his old bed at home, we’re told.

Bafana team manager Barney Kujane spent a needless amount of time searching for a 26-year-old man who refuses to grow up, and you’d have been forgiven for thinking he was looking for a child.

Rantie spent the whole of last week playing hide and seek with Kujane until it finally dawned on Mashaba to cut his losses and depart for Ouagadougou without him.

It’s worth remembering that Mashaba has stuck his neck out for Rantie on numerous occasions and took many blows to his ego because of the petulant one from Parys.

Mashaba persisted with Rantie when he couldn’t buy a goal and he risked insults from exasperated South Africans when he continued to select the impotent striker.