Kaizer Motaung mourns the death of his son 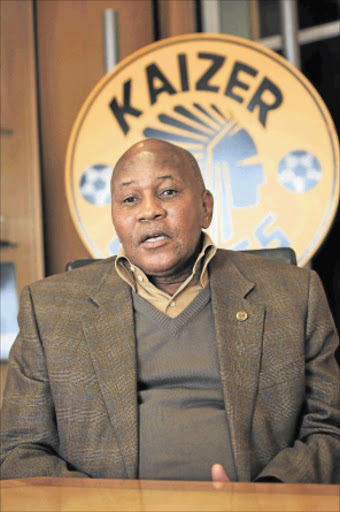 SOUTH African soccer supremo and Kaizer Chiefs FC chairman Kaizer Motaung is mourning the death of his first-born son, Thabo, who died at the Garden City Hospital this week after a long illness.

"Thabo was suffering from meningitis and he had been in hospital for a long time," Bobby said.

"Unfortunately, he died on Tuesday. These are trying times for the family," Bobby said.

Describing his parents, Kaizer and Valeta Motaung's grief, Bobby said: "As you can imagine, this can't be easy for them losing their first born. So they have taken it very bad. It's not easy for us, his siblings, too.

"He was not involved in the running of the club, but he had his own business ventures.

"It's even more sad because he leaves behind his four children - two girls and two boys."

Thabo, 43, will be buried tomorrow.

The service will be held at the University of Johannesburg's Soweto Campus in Pimville from 8am.

The procession will leave for the Westpark Cemetery at 10am. There will be a "Park n Ride" service for the public, leaving from the campus to the cemetery, and then back to Soweto.

Mourners will be hosted for lunch at the university after the proceedings.