Veteran teacher rewarded for her dedication to learners 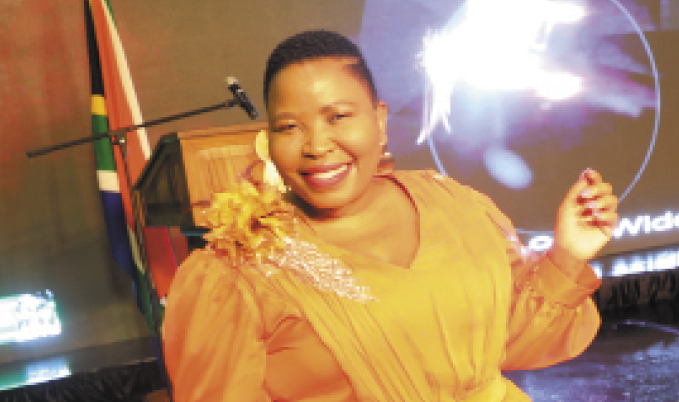 A 20-year teaching veteran has been praised for her innovative thinking and determination to ensure learning took place at her school during the lockdown.

Matlapu was acknowledged for her efforts to organise cellphones and data to enable learning to continue during the Coronavirus Disease (COVID-19) schools shutdowns in 2020.

“When we tried to move online – by using WhatsApp as a teaching platform – we realised some learners were not responding at all, or they would respond very late.

“I investigated to see what was causing this, and found that seven learners did not have cellphones, and that other pupils were using their parents’ phones.

“This meant they only participated in the lessons when their parents were at home,” says Matlapu.

Once she understood the challenges faced by the learners, Matlapu galvanised the school’s former learners to dig into their pockets and assist.

“Our school’s alumni managed to raise funds and we bought seven smartphones that I delivered to the learners’ homes”.

“While we were organising the phones, my team and I realised that there were parents who had lost jobs during the pandemic, so we also took groceries with the phones,” she says.

Another challenge soon became evident, when Matlapu found that learners who had cellphones could not afford data.

Again, the school community stepped in to cover these costs.

Matlapu's efforts paid off with 77% of the school’s 204 matriculants passing their 2020 final exams.

When presenting the awards, Basic Education Minister Angie Motshekga, praised Matlapu and other winners for their passion.

In her congratulatory message, Motshekga said: “Your relentless commitment to the national cause of educating the young ones gives all of us strength and, of course, pride.”

Matlapu has received many accolades during her career.

In 2005, she came third in the Internet Service Providers’ Association’s Super Teacher of the Year; won the 2006 Young Tycoons Champions with her Grade 10 pupils; and was 2007’s best Matric Accounting Teacher in the Bahlaloga circuit of Limpopo.

In 2012, her Mathematics Grade 12 class obtained a 100% pass rate and, at the National Teaching Awards in 2017, Matlapu was named third in the secondary school leadership category.

WATCH | Armed with knowledge: Medici is saving tapirs from the current wave of extinction

The largest mammals in South America survived several waves of extinction, one of which is happening at this moment.
SebenzaLIVE
4 months ago

Now that  matric results are out, some matriculants may be feeling overwhelmed about what to study and where to secure a brighter future.
News
4 months ago

A blazing fire has swept through Khayelitsha again.
SebenzaLIVE
4 months ago
Next Article