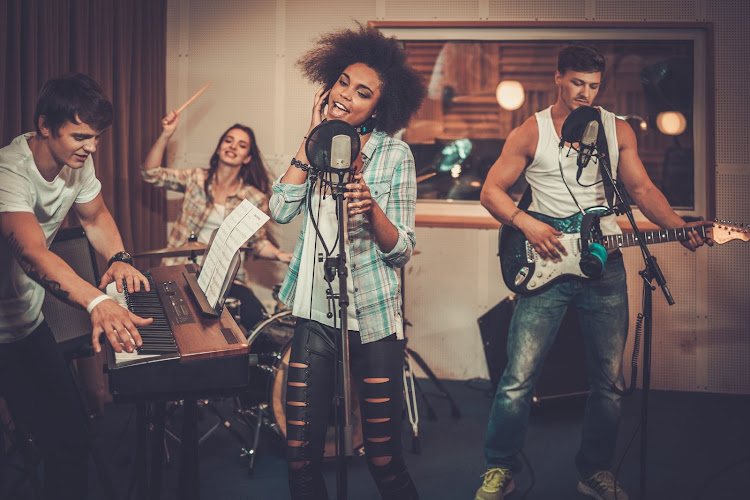 The difficulties of starting a career in music and entertainment can be strenuous. Not only is it taxing financially but it can be frustrating when attempting to make money through one’s artistic talents.

While it may be difficult to get an audience on radio, television and social media, CEO of WeDigital Technologies, Nyiko Muchanga, is using his tech savvy to create opportunities for young artists.

WeDigital Technologies is a platform solutions and marketing organisation which has now launched Hottnoise. The platform allows users to earn a revenue from their personal content ranging from images, music or videos.

“The most important thing is using technology to impact and empower lives and the best way to do that is by using the entertainment industry,” says Muchanga.

Hottnoise was born out of the constant use of cellphones which Muchanga noticed was an integral part of socialising. Capitalising on this, he has created Hottnoise as a social media platform to ensure content creators can earn for their work.

Hottnoise will also include a number of radio stations which will see users broadcast across the continent to users in Nigeria, Kenya and Uganda, amongst others. Muchanga has also kept relationships with radio stations in Atlanta, New York and California in the US.

Growing up with a fascination with digital from the grassroots of animation to the intricacies of gadgets we use, Muchanga shares that he always sought to touch lives and create opportunities from a young age.

Muchanga encourages more younger innovators to follow careers in the tech industry, stressing that they will not only need to be patient with the process of making sure things work but be open to constantly learning from others.

“Even though you are brave enough to put your ideas out to other people, you must be prepared to learn from other people who could do it better than you,” Muchanga says.

Are you watching your life go by without achieving your goals? Enhle Gebashe isn’t going to be one of those people.
SebenzaLIVE
2 years ago
Next Article