Fashion influencer Choaro Motshoeneng has been turning heads from SA to Milan. Here’s how he rose to the top of the fashion totem pole 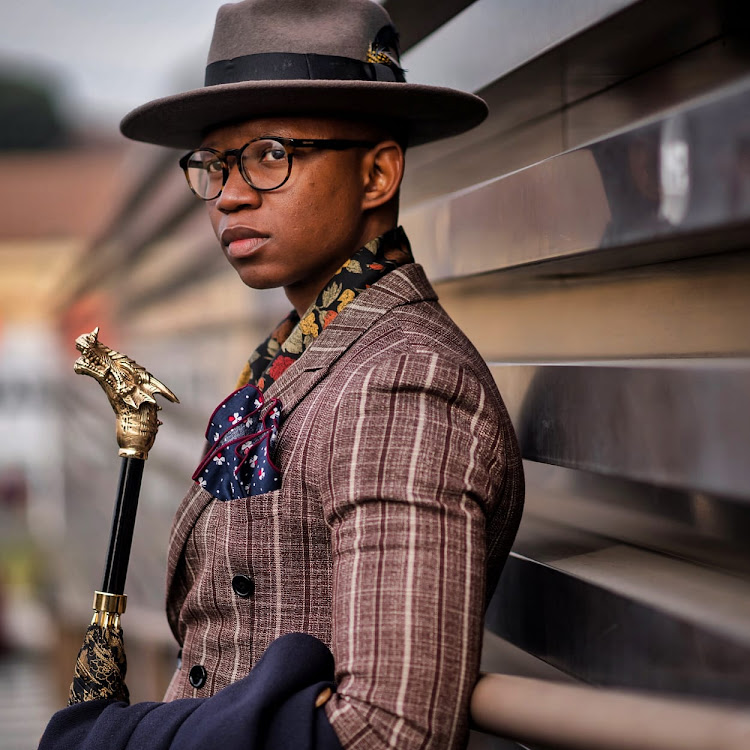 When he is not keeping fit, running track or studying hard towards a qualification in transport management at the University of Johannesburg, Choaro Motshoeneng is a force to be reckoned with in the world of dandy fashion.

As a student at UJ, he came across what has since become his definitive style, and learnt as much as he could about men’s fashion in Africa and abroad. He used this form of expression to launch his non-profit organisations The Evolved Man and The Evolved Society, which focus mainly on motivating youth and combating issues of domestic violence and alcohol and drug abuse.

“It’s always been my dream to make it there. Every New Year’s resolution was that I want to be there,” says Motshoeneng.

His dream finally came true when he was invited to attend Pitti Uomo with fellow fashionista Laurence Gerbhardt. Motshoeneng sought help to get funding for the trip but got no assistance other than from Gerbhardt, his mother and his sister. To supplement the money, Motshoeneng sold sweets to customers in Gauteng and the Free State.

“I sold sweets to different people,” he says. “I raised money from literally nothing to R20,000 within one month.”

Motshoeneng made it to this year’s Pitti Uomo and has since inspired many fashionistas and followers from different continents with his sartorial swag. He is also an ambassador for Italian umbrella brand Pasotti, Swedish eyewear brand Beatnik and local accessories brand Matt Arend Timepieces.

He was approached to collaborate with clothing brand Primo and Italian bespoke tailoring brand G Inglese, and featured in publications such as Plaza Uomo, the partner publication of the fashion event.

“Usually when it’s your first time coming to Pitti, you don’t get that much exposure but I made history. Apparently I was the first black person to be featured in Plaza Uomo.”

An entrepreneur supported by the Small Enterprise Development Agency (Seda) is making waves in the hospitality industry of Mthatha.
SebenzaLIVE
2 years ago

When it comes to innovative ideas, Katleho Nyawuza takes the cake.
SebenzaLIVE
2 years ago

Here's how upholsterers apply the soft finishes to furniture