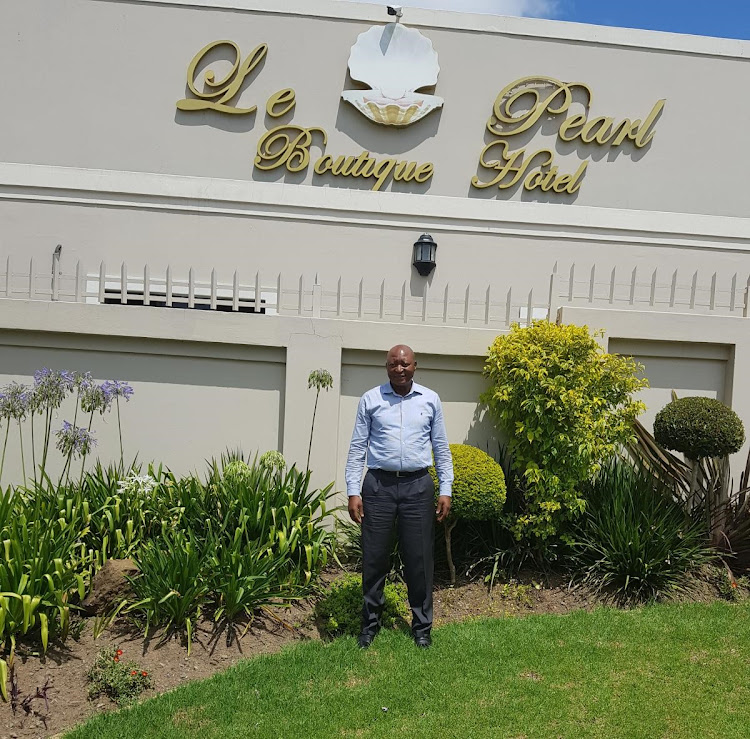 An entrepreneur supported by the Small Enterprise Development Agency (Seda) is making waves in the hospitality industry of Mthatha, after opening a hotel that turned over R1.1 million in its first year.

Mkhululi Kubukeli is the owner of the Le Pearl Boutique Hotel, which employs over 20 people and offers 19 rooms, a conference facility and bar area.

Entrepreneurship is in Kubukeli’s blood. His parents were involved in a host of activities, from selling vegetables on the street, to running a café and selling clothing. As soon as he was able to, Kubukeli started sourcing clothing to sell in his dad’s shop and in 1988, he took over the business, which is still in existence.

A few years ago, Kubukeli came across a small apartment block for sale in Mthatha. “I took a risk and sold a property I held in order to buy the apartment block. I trusted the idea I had for a boutique hotel and knew that I would do all I could to make it a success,” Kubukeli explained.

Kubukeli said that he was very hands-on during the building of the hotel.

“I was the project manager, the foreman, the landscaper and even the interior decorator. When I travelled, I would look at other hotels and think how I could improve on what I’d seen. I would buy books and magazines to get ideas so that I could make my dream a reality.

“The first few months were tough because I was new to the industry and no one really knew about the hotel. Fortunately, I was made aware of Seda and approached them for assistance,” said Kubukeli.

Seda assisted with all the marketing and branding of the business, from the signage, to interior branding of the hotel, directional signs and the setting up of the website.

If you’re an entrepreneur with a big business idea, you can approach Seda for support. Call the national office on 012 441 1000 or visit your nearest provincial office.

Raymond Motadi, better known as Mon D the Gay Superhero, is slowly making a name for himself in the entertainment industry. He is currently the host ...
SebenzaLIVE
3 years ago

It is not only difficult but quite daunting to leave a job that pays you well but does not satisfy you.
SebenzaLIVE
3 years ago
Next Article