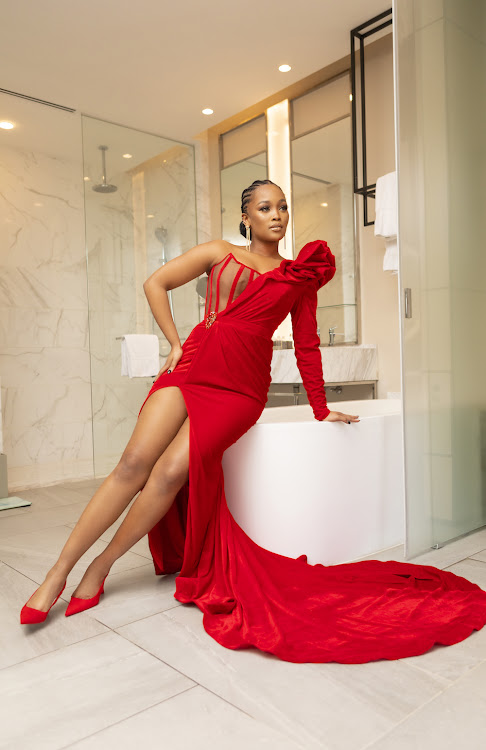 Thandokazi Mfundisi tries to stay true to herself at all times, with the people she works with, fans and upcoming models she mentors.
Image: Supplied/Brutal Fruit

On the night of her matric ball, Thandokazi Mfundisi kept her heels off her feet for as long as possible. “I could barely walk in heels because I was such a tomboy. I put my heels on for the entrance and then I put them underneath the table and sat barefoot.”

The after year, she strutted her way to first place at a Fort Hare University pageant for first-year students. She became a popular top five finalist in Miss SA 2018, wearing her natural hair and pushing inclusivity in pageants while doing so.

Mfundisi entered her first pageant as an adult, which is rare. She also was one of the few black contestants to confidently wear her natural hair and rank in the competition’s final stages. She has been living the #YouBelongAsYouAre message for most of her life.

Speaking about the changes in pageants over time, she says “It’s more inclusive now than it was when I started. When I started out, I was never even comfortable entering pageants with my natural hair because I always had this idea that whenever I put on my TV and watched pageants on the international stage, I saw that you have to have a weave and a certain body type. Also, [this was] unrealistic, especially for someone who’s South African because there’s only a handful of people who look like that. It’s really changed since I started, and for the good mostly.”

Since then, Mfundisi signed with ICE model agency, one of the biggest on the continent. She was 24 when she entered the industry, which is not young by modelling career standards. “I think I exercise a great sense of discipline which makes me easy to work with,” talking about working long hours on set.

“I get it from my parents,” she says about her upbringing, where structure and foresight were instilled from an early age. “My mom never allowed me to iron my uniform the morning of me going to school. You have to know from the moment you wake up, what you are going to do during the course of the day. So you plan ahead the night before. I would sleep knowing my shoes are polished, my socks are clean, my shirt is ironed and hung, my gym [dress] and blazer ... everything [was ready].”

There’s a fine balance between being a disciplined go-getter and an approachable inspiration. Mfundisi tries to stay true to herself at all times, with the people she works with, fans and upcoming models she mentors.

“I set boundaries. I’ve come to terms with what I do and don’t want to be affiliated with and I don’t compromise on that. At the same time, it doesn’t mean I’m closed off to people who I claim to want to inspire having access to me. A lot of people regard me as someone who is relatable because I am myself. I don’t take myself too seriously, I’m not afraid to embarrass myself and actually laugh at myself. There’s some level of trust that comes with me being open.”

When the coronavirus affected the stability of her income, Mfundisi took a personal and financial knock, but soon dusted herself off and got into a new industry. “I supply feed to farms and abattoirs. I wear so many caps. Corona made me feel insecure about my place in the industry and its longevity. The income wasn’t as stable as it was before lockdown so I had to diversify. Luckily I knew people who knew ways of generating an income and now I’m in an industry I was not knowledgeable about. But [I did it] because I am quick to learn and always willing to try new things.”

SPONSORED | As part of Women’s Month, the Brutal Fruit ambassador talks about SA’s beauty industry and the pressure of content creation
S Mag
4 months ago

SPONSORED | As part of a Women’s Month special, the Brutal Fruit ambassador talks about collaborations, her new furniture design company and being a ...
S Mag
5 months ago

SPONSORED | As part of the Women’s Month special, the Brutal Fruit ambassador talks about being a woman in the music biz and her forthcoming album
S Mag
5 months ago