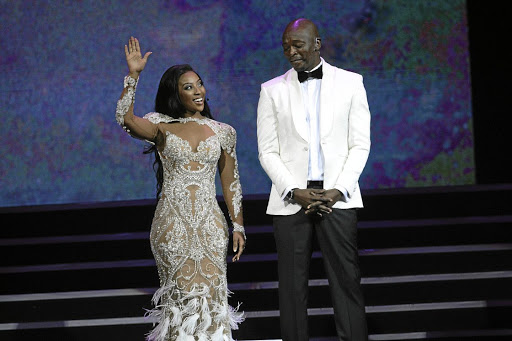 After several months of hosting the midday show on Metro FM, radio presenters Pearl Modiadie and her co-host Thomas Msengana will be leaving the station.

Modiadie announced her exit from the national radio station on Twitter where she revealed that the last broadcast show of Lunch with Thomas & Pearl will be this coming Wednesday, March 31.

Wednesday the 31st is my last Metro FM broadcast. https://t.co/IX12EX5iy8

Modiadie also alluded that she would be taking a little break from the radio scene especially now that she's a new mother to baby, Lewatle.

A little break for me.

The news of the pair's exit has added to the number of radio presenters from various radio stations who have hung up their headphones this month.

Radio personalities Rob Forbes and DJ Fikile “Fix” Moeti, who have served 7000 hours of radio time and nine years on air together, have also announced their resignation from SABC’s 5FM this month.

The pair bid farewell to his listeners stating that their last show will be this Wednesday. Forbes also announced that he will be retiring from radio after 12 years of perfecting the craft.

Another personality who announced her exit from Metro FM this month is Luthando "Lootlove" Shosha. Shosha announced her resignation from the station on her social media accounts where she stated she had decided to hang up her headphones until "it made sense" for her to rock the airwaves again.

Lerato is now an owner of a franchise with international beauty brand Tammy Taylor.
S Mag
1 month ago

Pearl Modiadie, Ntando Duma & Gabrielle Union: see what your fave celebs got up to this weekend

Your weekly guide to what your favourite celebs got up to over the weekend.
S Mag
10 months ago

Relebogile Mabotja has been given the chop at Metro FM. That’s the biggest change to come from the radio station’s new line-up. Mabotja first ...
Entertainment
1 year ago

Thando Thabethe, Pearl Thusi & Davido: see what your fave celebs got up to this weekend

Your weekly guide to what your favourite celebs got up to.
S Mag
1 year ago

WATCH | This is how Ayanda Thabethe stays in shape

While most people are taking a break from their exercise routines during the festive season, TV personality Ayanda Thabethe is making working on her ...
Entertainment
1 year ago
Next Article