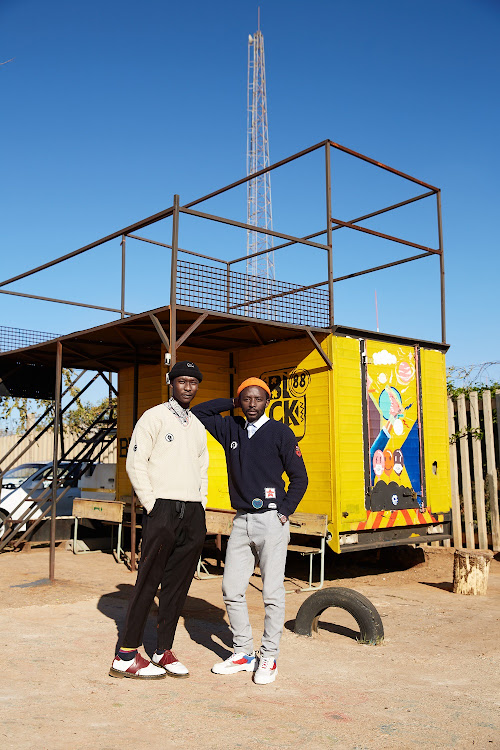 Growing up in the streets of Chiawelo, Siyabonga Ndzonga found himself getting into trouble, a lot.

Hanging around with the wrong crowd and drinking during his teen years, he became a notorious troublemaker in his community.

It was not until he took an deep look at the direction his life was going in and realised he had to make a few changes.

While these were not cosmetic or inspired by fads from friends, Siya Fonds, as he his commonly known, sought to make a change through the world of fashion.

This was the birth of Block 88, a fashion concept store that has been home to local labels including his own.

Fonds started the business using savings and sales from his own eponymous fashion label.

“Opening the business was quite challenging because I was taking the store to a place that is not like Vilakazi Street, where people go for different restaurants and sights. I was in a place where there was nothing happening around there but my store. I had to drive traffic to my store,” says Fonds, who has worked with different influential names in fashion including Felipe Mazibuko and house Palladium as a means of marketing Block 88.

While Block 88 is home to labels like ToePorn Socks, House of Ole and Raw Silk season two winner NOTE Clothing, Fonds has turned it into a community centre of sorts to create opportunities for young people to empower themselves with knowledge.

Having grown a market for his Siya Fonds merchandise, which he started off selling out of a bag at different markets, Block 88 has allowed him to use the network he has built.

“I marketed Block 88 through different people who are influential — whether they were in biker culture or pantsula dancing. Not that they were brand ambassadors, but they would help sell the brand.” 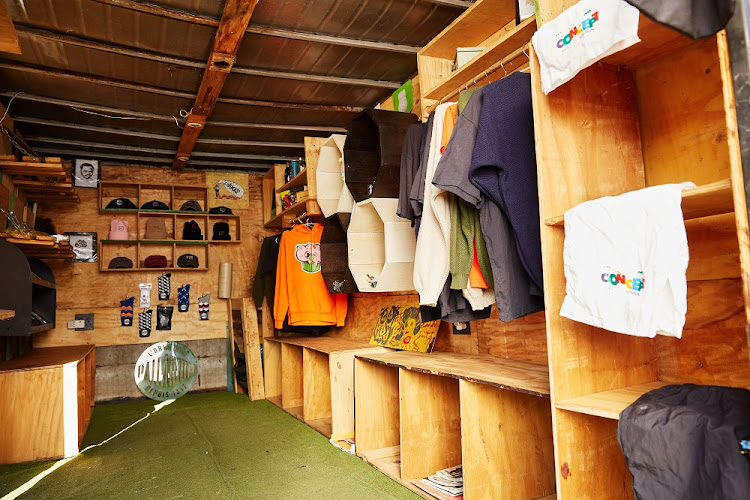 This helped bring in a younger audience whom Fonds sought to motivate within the space. While social media played a role in pushing sales, it was word of mouth that brought customers to his store —including parents who heard positive reviews from their children who would frequent Block 88.

“We host weekly talk sessions called ‘Conversation Fridays’ where we invite people from different industries like art, writing, or marketing. They speak about their experiences and how they got into what they are doing,” says Fond. He also brings in equipment to allow the kids to practically experience each industry with conversations on solutions around societal issues.

“I think the best one we had was a workshop with a guest from Wits who taught people how to create a professional CV. There were a lot of people who were not aware of these things and so that workshop was very successful. We had it last year and we have been planning to have it again this year before corona started.”

Block 88 remained closed during the duration of lockdown but is slowly opening again. Its reopening will include the launch of a community vegetable garden to confront the lack of access to food in the area.

“I was very naughty growing up and that’s how people knew me, so for me to have transformed shows how I want to help them change their lives. In that process I have been able to do a lot of things and I have been able to impact a lot people,” says Fonds.

Designers who are interested in showcasing their brands at Block 88 can email Fonds at block88conceptstore@gmail.com.

Would you pay up to R1,600 to buy a carton of cigarettes on the black market?
S Mag
1 year ago

In a few weeks time, young entrepreneur and founder of Hustlenomics, Nhlanhla Ndlovu, would have been jetting off to do battle on the global stage ...
S Mag
1 year ago

When young entrepreneur Bangilizwe 'Bangi' Msikinya heard that Miss Universe Zozibini Thuzi would be kicking off her homecoming tour with a huge ...
S Mag
1 year ago
Next Article