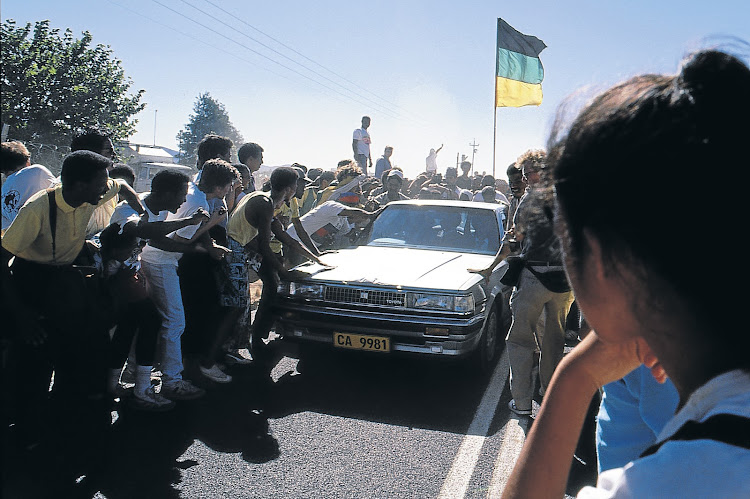 The silver Toyota Cressida that carried Nelson Mandela on his short drive to freedom from Victor Verster prison to the Cape Town City Hall on the day of his release is the stuff of legends. Not in the least because afterwards the vehicle seemingly vanished.

The car's whereabouts have been a mystery for the past 30 years, but now it's believed it may have been found in Lesotho.

According to SABC News, after unsuccessfully attempting to alert the SA government to the car's location, the owner is now in negotiations to sell it to an overseas dealership, where it will be put on display.

But how did this iconic Cressida disappear in the first place?

In a piece in the Sunday Times, author Wamuwi Mbao explained that a fleet of Mercedes Benzes were originally going to be used for the historic February 11 1990 occasion. At the 11th hour, the ANC or UDF decided to swap them for Toyotas in “a move deemed to be more sympathetic to the working man”.

“It meant something on a gestural and symbolic level that Mandela be conveyed not in the Mercedes beloved of the oppressive regime (and banana republic dictators) but in a car that people were connected to — a car that said that the person it carried was a man like them,” Mbao wrote.

As it was a last-minute switch, one theory is that the car was pulled off the floor of a car dealership in Cape Town. It was later returned to the showroom and “sold to a buyer who paid cash for it, unaware of the car having any significance”.