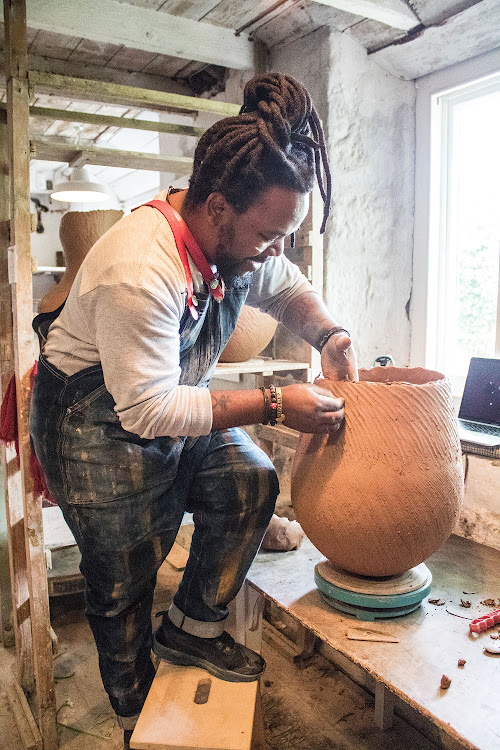 Celebrated artist Andile  Dyalvane recently completed a feat that would astound most. The ceramist produced 30 pieces of art in a mere seven weeks when he took up residence at Leach Pottery, a British pottery studio in Cornwall.

Dyalvane, who grew up in the village of Ngobozana in Eastern Cape, still takes inspiration from his Xhosa roots when producing his world-famous pieces, one of which has sold for around R485,000.

“All works created always flow into the next memory, stories of playing in the dongas created by cattle crossings and streams that evolved into clay crevasses or mini canyons us as herd boys would adventure through,” he says.

The artist, who has presented his artwork in exhibitions and galleries across the globe, was offered one of four residencies at the famed pottery studio (largely considered the birthplace of British studio pottery) because of his unique style and promotion of cultural exchange.

“The first few weeks was about being vulnerable to learn new aspects of the medium, gas-firing technicalities, the host’s studio clays, glazes and the history of the running of the studio,” Dyalvane explains.

“Setting the tone for my work is important, so I would begin every day with intention, playlist selection, impepho and movement. Creating 30 hand-built pieces felt effortless, which amazed the resident ceramicists and led to good energetic experiences.” 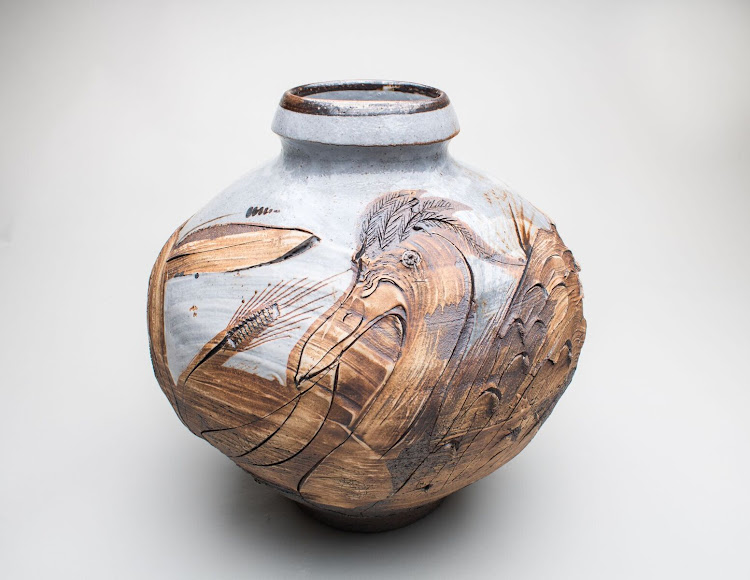 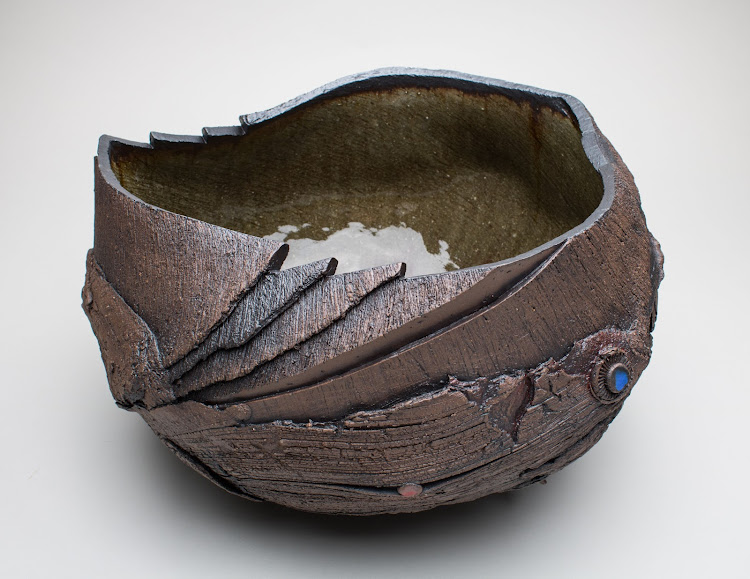 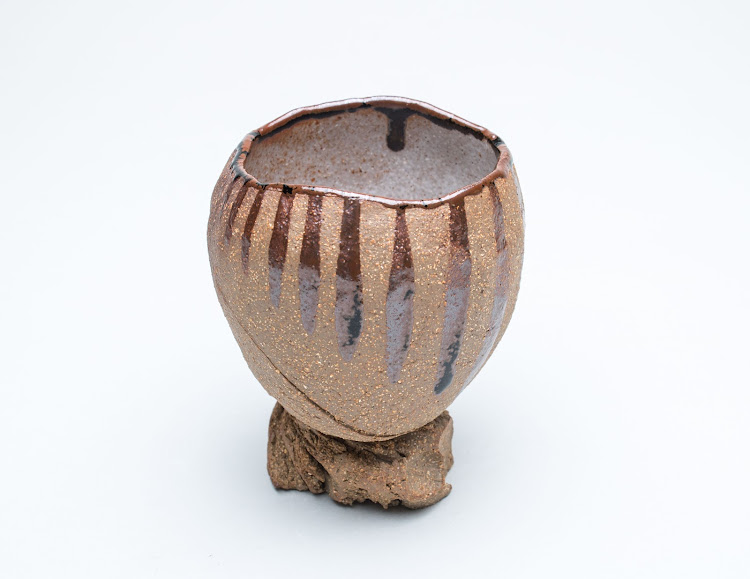 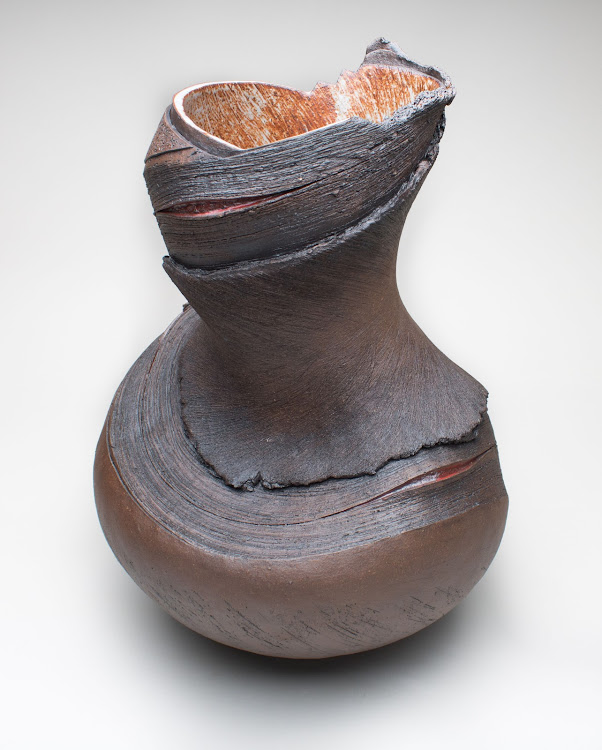 The hand- made collection comprises vessels, bowls and platters which reflect Dyalvane’s memories and adventures as a child growing up in the rural Eastern Cape province.

The exchange of ideas that took place during Dyalvane’s residency is reflected in the latest collection which reflects the juxtaposition between his Xhosa culture and influences he gleaned from the British coastal village where he produced the works.

“Hearing stories about how [local] potters threw their rejected pots into the River Stennack, alongside the Leach Pottery building, some of my work has engaged with this idea and the use of shards.

In another piece, I have explored bark textures from alongside the Stennack and used gritty inclusions of wood ash from the fireplace in the old pottery.”

Despite his successful career, Dyalvane says that although he drew a lot while growing up, the word “art” was never uttered.

“I was curious at play, making clay cattle and leaving them to dry. My primary activity at school was drawing, so when I finished [school] and came to Cape Town, a friend of one of my brothers said I can go to college for this talent of mine. So I did.”

For the ceramist, the highlight of his career is the ability to express his appreciation for his roots through his work wherever in the world he goes. “For this I say – camagu!”

Fun for the whole family: 10 things to do in KZN this festive season

From puppet pantomimes to Christmas markets, you'll be spoilt for choice
S Mag
2 years ago
Next Article