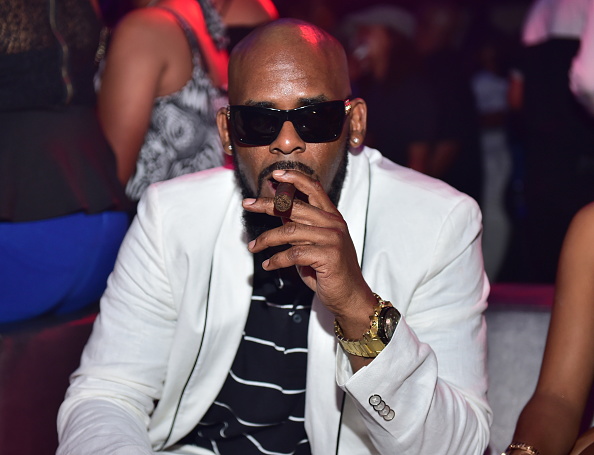 R Kelly has been accused of sexual assault since the late '90s and hasn't faced jail time but it seems with mounting evidence against him, the singer's days of freedom are numbered.
Image: Prince Williams.

Over more than two decades, there have been many charges, ranging from abuse to child pornography and sexual assault, against musician Robert Kelly. However, the self-proclaimed King of R&B has been acquitted of some of them and has settled cases out of court, escaping jail time by the skin of his teeth.

However, the release of Lifetime’s hit docu-series Surviving R Kelly earlier this year appears to be drawing victims closer to justice as more women are coming out, sharing their traumatic stories and laying charges against him.

With his coffers running dry, a waning music career and a strong, united front of women against him, Kelly could be close to spending time behind bars.

In this timeline, we take a look at the crimes he has been accused of since the late 90s.

Tiffany Hawkins sued R Kelly for personal injury and emotional distress. In court documents, Hawkins said she started having sex with him when she was 15 and he was 24 in 1991. She ended the relationship when she turned 18. She sought $10 million in damages but accepted $250 000 in 1998 when the case was settled.

Former Epic Records intern Tracy Sampson laid charges against the singer, saying he seduced her when she was 17 and forced her to get oral sex from another woman. The case was settled out of court for an undisclosed amount.

Patrice Jones claimed Kelly impregnated her when she was underage and forced her to have an abortion. Later that year, Montina Woods sued Kelly for allegedly filming them having sex without her consent. The tape was allegedly circulated by bootleggers under the title “R. Kelly Triple-X”. Both cases were settled out of court, with Kelly paying an undisclosed amount in return for a non-disclosure agreement.

Shortly after settling the cases, Kelly was charged and arrested on 21 counts of making child pornography involving intercourse, oral sex, urination and other acts. Chicago police accused him of videotaping the acts and enticing a minor to participate. He denied the charges and paid $750 000 bail.

The Ignition singer was arrested in Florida after pornographic images were found in his home. Two months later, the charges were dropped because a judge ruled that the photos had been illegally seized.

After a long legal battle, Kelly was acquitted on all counts of child pornography. The girl believed to be on the tape refused to testify after Kelly allegedly paid for her silence and jurors said they couldn’t be certain of her identity.

A decade after being acquitted, a lengthy report on Buzzfeed claimed Kelly was keeping six women in a “sex cult”. The report said Kelly seduced young women who approached him for help with their music careers. He controlled them to the extent of telling them what to eat and when to bath. The report said he also directed them in sexual encounters, which he recorded.

The #MuteRKelly campaign urged record label RCA to cut ties with the singer. They also pressurised concert promoters, ticket sellers and streaming services to do the same. Spotify, Apple Music and Pandora all agreed to take Kelly’s songs off their playlists but later reversed the decision.

In February, a month after the release of Surviving R Kelly, he got arrested on 10 counts of aggravated criminal sexual abuse in connection with four women, three of which were underage. Lawyer Michael Avenatti said he had turned in a tape on which Kelly allegedly sexually assaults a minor. The singer pleaded not guilty and was released on $100 000 bail.

In May, prosecutors in Illinois charged Kelly with 11 new sex-related counts, including some that carry a maximum sentence of 30 years in prison.  The counts involved the alleged sexual assault and abuse of a victim under 17.

Jussie Smollett, Brickz & Kelly Khumalo: celebrities who have ended up on the wrong side of the law

A quick overview of the #MeToo movement as 2019 brings us stories of the victims and perpetrators.
S Mag
3 years ago
Next Article