It's a boy! 5 things to know about Prince Harry & Meghan Markle's baby 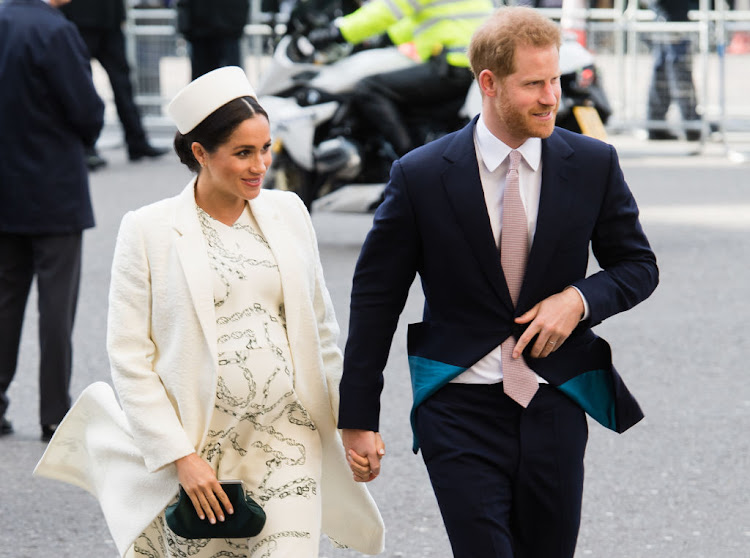 It's official: Prince and Harry and Meghan Markle have welcomed their first child into the world — and it's a boy!

The Duke and Duchess of Sussex announced the happy news on their official Instagram account. The baby was born in the early morning and weighed in at nearly 3.3kg. Apparently mother and child are "both healthy and well".

We are pleased to announce that Their Royal Highnesses The Duke and Duchess of Sussex welcomed their firstborn child in the early morning on May 6th, 2019. Their Royal Highnesses’ son weighs 7lbs. 3oz. The Duchess and baby are both healthy and well, and the couple thank members of the public for their shared excitement and support during this very special time in their lives. More details will be shared in the forthcoming days.

The Duke of Sussex announces his wife has given birth to a baby boy.

The couple confirmed that they wanted to keep the details around the birth of their first child "private" earlier this month, so we're not sure when we'll get the chance to feast our eyes on a photo of their bundle of joy, or find out what they've named him.

While we wait in eager anticipation, here are some things we DO know about Britain's newest royal:

1. HE WON'T NECESSARILY BE A PRINCE

In 1917, King George V decreed that only the oldest son of the Prince of Wale's oldest son would be given the title His Royal Highness (HRH) and be able to call himself a prince. That's why Prince William's first born son, Prince George, automatically qualified.

That said, in 2012, Queen Elizabeth issued her own decree granting the title of prince or princess to all of Prince William's children. She would have to do the same in order for Prince Harry's newborn to be a prince.

Even the Queen doesn't, however, the royal baby will still have a posh title: he will be known as Lord Mountbatten-Windsor simply because his parents are a Duke and Duchess. Because the baby is a boy, he could also inherit his father's other title, Earl of Dumbarton.

2. HE WILL BE SEVENTH IN LINE TO THE THRONE

3. HE'LL PROBABLY USE SUSSEX AS A SURNAME

Members of the royal family seldom use their surname, Mountbatten-Windsor, as most nobles are known by their lengthy formal titles or, if applicable, Prince or Princess (think Prince Harry and Meghan, Duchess of Sussex).

That said, according to Harper’s Bazaar, the Queen's children and grandchildren tend to use surnames that reflect their father's titles in everyday life.

Prince Harry, for instance, went by Harry Wales in the army, because his father is the Prince of Wales. Similarly Prince William's children use the surname Cambridge at school as their dad is the Duke of Cambridge.

It's likely that the royal baby will follow suit, using the surname Sussex.

4. THE QUEEN CAN VETO THE BABY'S NAME

It's tradition that Queen Elizabeth is the first person who is told when a royal baby is born and, apparently, she even has the power to veto the child's name if she doesn't approve of the parent's choice.

Royal expert Richard Fitzwilliams told the Express that it's unlikely she'll do so in the case of the name Prince Harry and Meghan's baby, however.

5. ALL BESTS ARE ON ALBERT

In the run-up to Meghan's due date, people had been betting on everything to do with the royal baby from its gender to its name.

According to the Evening Standard, the top five boys' names punters have picked are Albert, Philip, Arthur, James, and Alexander.

Britain's Prince Harry said his wife Meghan and newborn son were doing well and described the baby as "absolutely to die for". He was speaking to media after the birth of the seventh heir in line to the British throne.