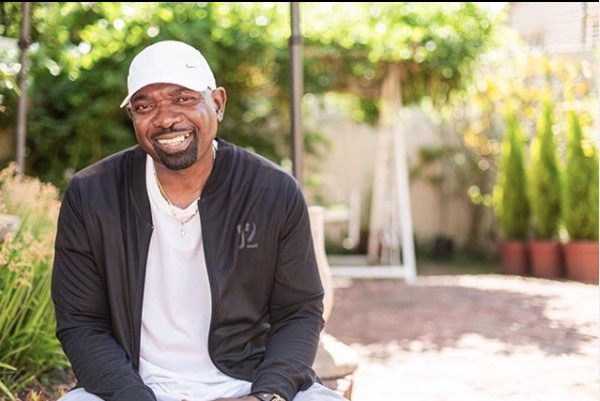 Mzansi is in mourning after the death of veteran actor Menzi Ngubane, with social media flooded with tributes on Saturday evening.

A family member, who did not want to be named, confirmed Ngubane's death to TshisaLIVE on Saturday. He said the family was in shock and would soon release a statement.

Details around the death are unknown.

A social media account bearing Ngubane's name also shared his picture and a brief caption that read, “A giant has fallen”.

The star was rushed to hospital in 2012 with organ failure. He underwent a kidney transplant in 2014.

The star lit up screens for several decades, starring in popular SABC1 soapie Generations as Sbusiso Dhlomo, and most recently as Judas in Isibaya.

Menzi's death sent shockwaves across the country and led to an outpouring of emotion on social media.

Former public protector Thuli Madonsela, EFF MP Mbuyiseni Ndlozi, Thapelo Mokoena and Master KG were among those who paid tribute to the star.

KZN has a treasure in you. I respect everything you’ve done for our people. Rest in Peace Big Man. #RIPMenziNgubane pic.twitter.com/6dByteBBJE

R.I.P to this legend, utata uMenzi Ngubane.. He was an incredible artist who led by example, a shining light and my friend. Words fail to express the hurt. May God be with your family in this moment and forever going forward.. Lala ngoxolo tata uMenzi.. 💔💔💔💔💔💔💔 pic.twitter.com/r2nOPeITqY

Menzi Ngubane, what a legendary actor. Siyabulela bhuti for sharing your talent with us ❤️🙏🏽

The character, Mazwi was my first introduction to him, iconic! #RIPMenziNgubane

I'm so hurt😭💔 I knew him ku Bambo Lwam and that when I fell in love with his acting..

Always Been A Fan Of Your Great Work #RIPMenziNgubane pic.twitter.com/QF4Da1fJjA

One of the Greatest African Actors has Passed on. May your soul Rest in perfect peace Menzi Ngubane. lala ngoxolo Grootman 🕊#RIPMenziNgubane pic.twitter.com/eWSNsMmjZC

Will forever miss this face on the small screen. Rest in Peace Menzi Ngubane #RIPMenziNgubane pic.twitter.com/OA7kyoIOXY

More heartbreaking news four our nation as we learn that actor Menzi Ngubane is no more and the same about Noxolo Maqashalala. Heartfelt condolences to their families, friends, colleagues and loved ones. #RIPMenziNgubane #RIPNoxoloMaqashalala 💔💔 pic.twitter.com/RJa3xuNBEC

Today we join the nation in mourning the loss of a true titan of the industry. An unforgettable and enigmatic talent who left his mark on this world and our hearts! #RIPMenziNgubane. You will be sorely missed. Our sincere condolences to his loved ones. pic.twitter.com/JeWLByNwZj

Rest In Peace to the legendary Menzi Ngubane, thanks for the wonderful memories🤍🕊#RIPMenziNgubane pic.twitter.com/2a8FbG7BmL

One of the greatest to ever do it