Shame on you, ANC and Kubayi 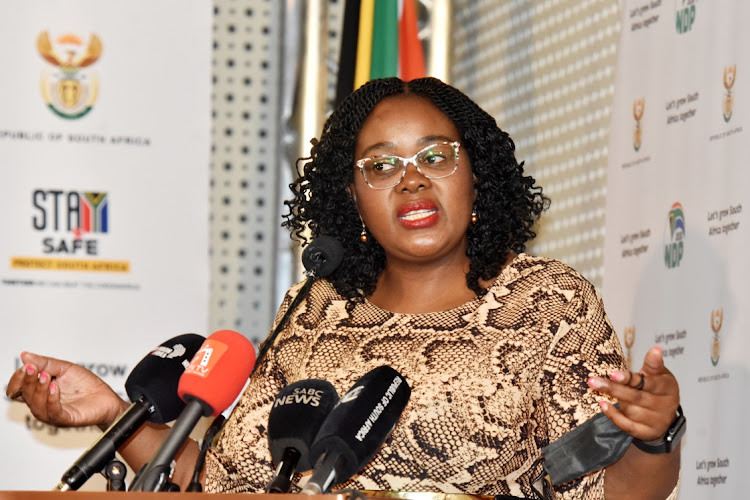 Last week, the country was plunged into stage 6 load-shedding. This has had unintended consequences for businesses, the economy and citizens. I hope the country will recover from that.

Eskom passed the buck and blamed its employees, who had engaged in an unprotected strike. The electricity utility employees are demanding a double-digit annual increase. Eskom says it has no money.

In response to last week's load-shedding, the minister of human settlements, water and sanitation, Mmamoloko Kubayi said, "it is embarrassing to talk about load-shedding at an international platform".

So, minister Kubayi is concerned about the international world and not the victims of load-shedding? This says a lot about our political leaders who pretend to care about citizens but only care about their careers and ambitions.

Load-shedding started in 2010, the year that SA hosted the soccer World Cup. Twelve years later, load-shedding is still with us. Instead of getting better, it's getting worse. There is no end in sight.

Load-shedding came about as a result of ANC mismanagement. When the ANC government was asked to build more power stations, then president Thabo Mbeki flatly refused. Now we are paying a heavy price for it.

Every year Eskom demands a huge tariff increment – and it is granted. This has been happening for the past 10 years. Yet the electricity utility is failing to keep the lights on and its executives are earning fat cheques.

Therefore, it is rich for Kubayi to say it is embarrassing to talk about load-shedding at an international platform when her political party is the cause of the problem. And it is doing absolutely nothing to solve the problem.

Eskom has rejected the City of Tshwane's offer to enter into payment settlement arrangements for the R878m owed to the power utility.
News
1 month ago

Ex-CEOs reach out to troubled Eskom — Gordhan tells the ANC

Former Eskom CEOs have reached out to the power utility offering to help as SA faces another week of rolling blackouts.
News
1 month ago

Stage 6 load-shedding to continue, with Eskom saying it will take time to recover from strike action

Eskom on Sunday announced that stage 6 load-shedding would continue into the new week.
News
1 month ago

It's been a tough four days for residents in Parys and Vredefort, who have been without electricity and endured knock-on water outages while the ...
News
1 month ago
Next Article