Our government is failing us 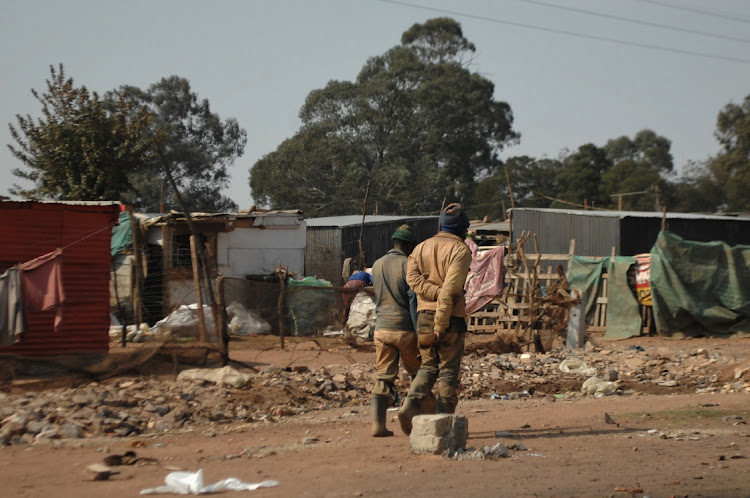 illegal miners living in fear after seven people where killed in Zamimpilo, a war between different miners has broken out in the area near Langlaagte.
Image: Ziphozonke Lushaba

This is an open letter to all South Africans who care about the wellbeing of SA. We are under siege, and we can no longer depend on or trust the government to protect us. Our towns and cities are taken over by foreigners, whether legal or illegal.

Our mining towns are besieged and taken over by illegal miners from neighbouring countries of Lesotho and Zimbabwe. The reports are that these illegal miners are themselves illegal immigrants. How can this blatant economic sabotage be allowed to carry on without any action? Where else in the world is this blatant lawlessness allowed?

The torching of taxis and violence that erupted between taxi drivers and Somali shop owners in Gqeberha must be of major concern as well. The reports are that the Somali immigrants had access to firearms. Do you in your heart of hearts believe that the firearms are legal?

If the Somalis have access to firearms, the question is how many of them have firearms? A house in Zakariya Park in the southern Johannesburg was raided and 70 undocumented Somali men found there, if that is happening in Zakariya Park, how many other townships is this happening in? What are the intentions of these people? A takeover of SA maybe?

We are under siege, and we need to prepare ourselves, we need to go back to taking back our towns and streets, we must go back to forming street committees in our areas. Our government has failed us.

WATCH | Shops and more than 10 taxis torched in Gqeberha

Gunshots were fired and shops and minibus taxis set alight, causing pandemonium on Durban Road in Korsten on Wednesday afternoon.
News
1 month ago