There's nothing wrong with Mogoeng's comments 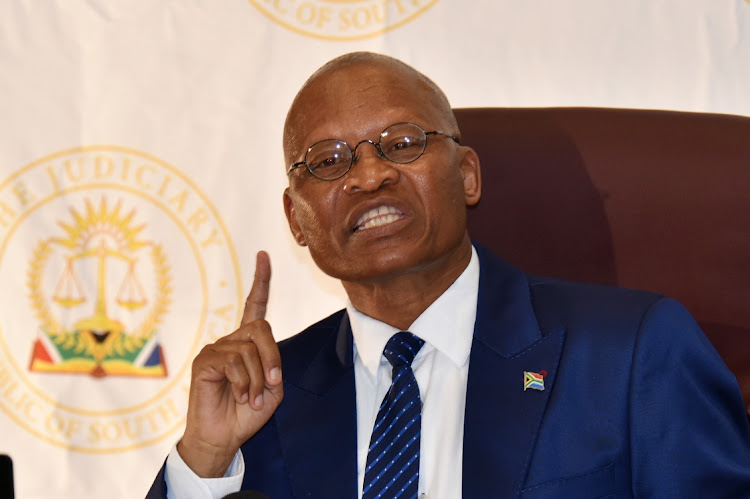 Chief Justice Mogoeng Mogoeng briefs the media on the 2019/20 Judiciary annual report at the office of the chief Justice in Midrand.
Image: Freddy Mavunda

Chief justice Mogoeng Mogoeng must appeal. The remarks he made were correct, fair and reasonable – in principle. The idea that his remarks were wrong, because of the position he occupies as chief justice, is irrelevant and unsustainable.

One can safely argue that the report by the Judicial Conduct Committee (JCC) is unreasonably and unjustifiably attempts to limit his fundamental constitutional rights. For instance, his right to equal protection and benefit of the law (section 9 (1)), his freedom of expression (section 16), freedom of association (section 18), and in particular freedom of conscience, religion, thought, belief and opinion as envisaged in section 15 (1).

Section 33 (1) of the constitution accords everyone the right to administrative action that is lawful, reasonable and procedurally fair… Was the chief justice afforded an opportunity to give his side of the story? Section 2 of the constitution states that “… law or conduct inconsistent with the constitution is invalid, and the obligations imposed by it must be fulfilled” and so is the report by the JCC and judge Phineas Mojapelo DJP’s conduct.

Chief justice Mogoeng Mogoeng will appeal against a decision by the Judicial Conduct Committee (JCC) which ordered him to apologise for, and ...
News
2 months ago

'No one is undermining your right to religious views, Chief Justice'

The SACP called Mogoeng to “humble himself, and unreservedly apologise for and retract the utterances” which generated controversy and infuriated ...
News
2 months ago
Next Article