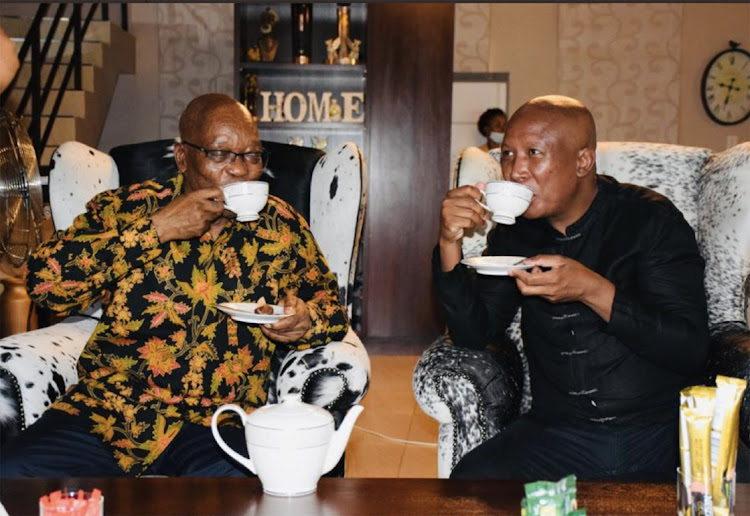 SA is becoming a crazy country, all thanks to Jacob Zuma and his cronies. The so-called radical economic transformation has become a joke, and the less said about the leadership of Umkhonto weSizwe Military Veterans the better.

We respect MK veterans, but listening to Carl Niehaus and Kebby Maphatsoe, one wonders as to what criteria was followed in electing them. Some of those guys who are part of MKMVA are not veterans. How can you refer yourself as a veteran when you're aged 40 and below? Some of them have never been to any training, they just jumped onto the band wagon.Everybody is just calling themselves MK veterans.

Ekurhuleni mayor Mzwandile Masina, one of Zuma's cohorts, is a loose canon; he does not make sense every time he says something.

As for Zuma's family, they seem to think that our country belongs to Nkandla kingdom. Zuma took an oath of office, but it appears as if he didn't understand as to what he was getting himself into when he became president. That's why instead of talking sense, he sings Mshini 'Wam.

His children make us sick by being in the news everyday, threatening us as if our lives depend on them. Instead of advising their father, they are making matters worse. The sooner the Zuma children keep quiet, the better. The rule of law must take its course.

Former president Jacob Zuma on Sunday said there was still plenty of tea available for those who wanted to visit his Nkandla homestead.
News
1 year ago
Next Article