‘We were there to hear his concerns’: Bheki Cele on visiting Jacob Zuma 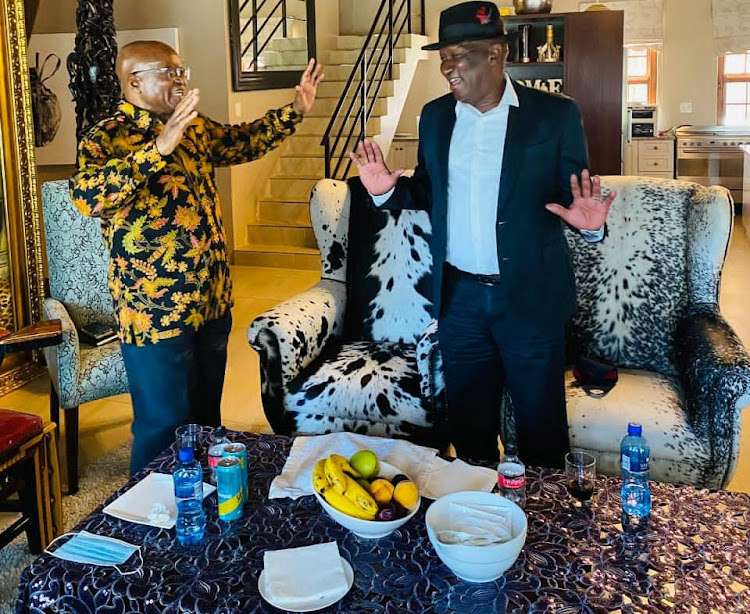 Cele revealed this during a question-and-answer session following his release of crime statistics on Friday.

The police minister had a three-hour-long meeting with Zuma at the former president’s Nkandla homestead on Thursday.

He would still not disclose exactly what was discussed but said there was nothing amiss about meeting the former president as he had not been arrested.

“I was in Nkandla. I didn’t drink tea, but water. I think that’s that,” said Cele.

“I didn’t visit a person who was arrested for not appearing at the commission [of inquiry into state capture]. There are many cases where we make a visit if we can make a contribution to prevent a thing from happening and becoming a disaster.”

“We spoke about several things, including things that are prevailing. The other question is why I should visit someone who is about to be arrested. I don’t know if he is [to be] arrested. We were there to hear his concerns,” said Cele.

He lambasted criticism about using state vehicles for the visit: “Was I supposed to take an Uber?”

The meeting coincided with Zuma facing the prospect of being imprisoned for his defiance of a Constitutional Court order to appear before the  state capture inquiry.

Tea for two for Bheki Cele and Jacob Zuma in Nkandla

Police minister Bheki Cele had a three-hour long meeting with former president Jacob Zuma at his Nkandla home in northern KwaZulu-Natal on Thursday.
News
1 year ago
Next Article