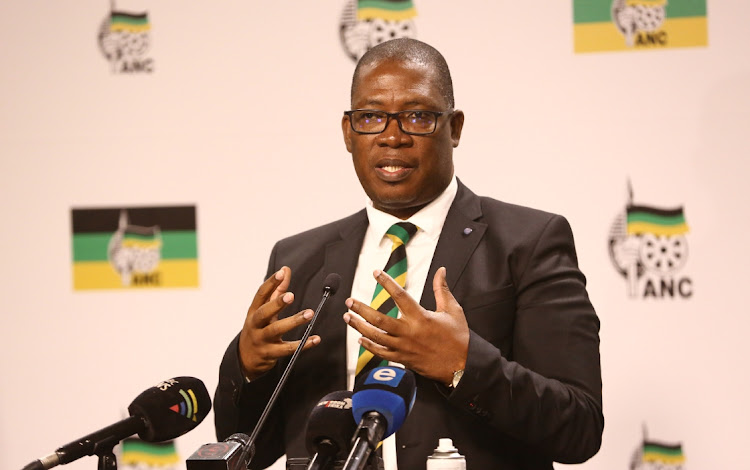 The 14th Gauteng ANC provincial conference is done and dusted, culminating with the election of the new leadership led by comrade Panyaza Lesufi.

The election of the new leadership preceded the discussions on the state of the ANC in the province, manifesting in public statements from provincial executive committee (PEC) members. Most notably, newly elected chair Lesufi emphasised the need to win the province back in the 2024 national elections.

When the Gauteng ANC went to the provincial conference, it was limping as far as support from the electorates was concerned, as seen in the recent local government elections. In this regard, the ANC lost the City of Johannesburg, Ekurhuleni and Tshwane to a coalition of opposition parties.

The declining support is driven by a wide range of factors that mostly result from the ANC’s own goals as far as governance of critical institutions is concerned.

The loss of these municipalities sparked different opinions on the standing of the ANC in these economic hubs, with some arguing that it seems the assertions of political analyst Moeletsi Mbeki were spot on. Mbeki had said the ruling party was likely to follow in the footsteps of its sister party in Zimbabwe, Zanu-PF, by being reduced to a rural party with no impressive support in metropolitan centres where economic activities take place.

In the light of Mbeki’s views, the Lesufi-led PEC has a gigantic task ahead to make the dream of winning the 2024 elections in the province a reality. However, judging by the outcomes of last year’s local government elections, it is a foregone conclusion that if they do not fully understand key drivers of the ANC’s downward spiral in the province, the situation is most likely to get worse, and the ANC will, unfortunately, lose the province or govern through coalitions.

History dictates that there are high possibilities the ANC will lose Gauteng province, informed by how the party ended up being an opposition party in Western Cape. It is refreshing to note that losing the City of Cape Town preceded the province’s loss. Despite the political rhetoric, the party has failed to recuperate, and continues to diminish with fractured branches in that province.

So, with that in mind, Lesufi and his newly elected PEC should work hard to convince Gauteng citizens/electorates that they can still provide a better life for all, despite the current economic burdens caused by a myriad factors like lack of economic opportunities, poor service delivery, unemployment and the absence of ethical and selfless leadership.

Though some of the concerns by the electorate are of national competencies, such as the unresolved e-toll debacle, the province needs to inspire confidence and move away from previous electioneering rhetoric.

Despite all the challenges and concerns, the election of Lesufi as chairperson was highly welcomed by many middle-class citizens, considering his good track record as MEC for education in the province.

Nonetheless, what is worrying is whether his credibility as an individual surrounded by compromised rascals is enough to win Gauteng residents’ hearts against the negativity that has marred the ANC in the province, exacerbated by the fact that individuals who were at the centre of the Covid PPEs corruption were also elected into the new PEC.

Though Lesufi commands a lot of respect among Gauteng citizens, that cannot be a free ticket for the ANC in Gauteng to triumph; tough decisions ought to be taken to ensure that credible, skilled individuals are at the forefront of governance. Failure to do so will see the demise of the party in the 2024 elections again.

• Singo is a Sowetan reader

Panyaza Lesufi has responded to criticism after his statement that the ANC cadre deployment committee recommended Raymond Zondo to be chief justice ...
News
1 month ago

After hours of delays, voting for additional provincial executive committee (PEC) members finally got underway at the 14th Gauteng provincial ...
News
1 month ago

SA will be doomed without the ANC — Panyaza Lesufi

Lesufi said if delegates failed “to get the ANC right, we will struggle to get SA right. When you divide the ANC, you divide society.”
News
1 month ago

As the ANC in Gauteng battled to elect additional members for its provincial executive committee (PEC) at its provincial conference held at Birchwood ...
News
1 month ago
Next Article