Safety at schools can't be assured 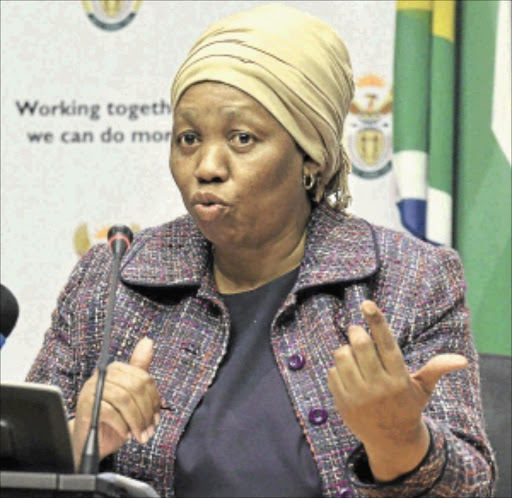 So far the department of Basic Education has not demonstrated capacity to adequately deliver on the ground what is promised in its books, despite minister Angie Motshekga's assertions, the writer says.
Image: SUPPLIED

In an opinion article two weeks ago, basic education minister Angie Motshekga likened the decision to reopen schools amid Covid-19 to "sailing closer to the iceberg".

But, the minister argued, our schools are much more prepared now than a century ago, when the world battled a similar pandemic, the Spanish flu.

She claimed that this time around schools were the new frontiers against the virus, repurposed to help with surveillance, screening and contact tracing that would otherwise not be done.

Therefore the decision to resume learning was a calculated one, she said. Only the reality, particularly in some poor and working class communities, is a different one.

Just weeks after opening schools for grade 7s and matrics, hundreds of them had to temporarily close after Covid-19 cases were reported. At least 2,700 of the 440,000 teachers and 1,260 pupils were infected. To Motshekga, these numbers represent only 1% of the schooling population and therefore while unfortunate, were not enough to suggest schools ought to remain closed.

On Sunday, she further insisted that there was no evidence to suggest that the transmissions occurred on school premises.

Both arguments are flawed and disingenuous.

First, while some schools are equipped to adhere to safety regulations, existing infrastructure challenges in many others make them especially prone to being centres of transmission.

So far the department has not demonstrated capacity to adequately deliver on the ground what is promised in its books. A number of schools we spoke to yesterday indicated as much as some turned away learners because they did not have protective gear.

Second, regardless of where the initial transmission occurred, the risk of further transmitting the virus in school, particularly when carriers are asymptomatic, remains huge. The potential ripple effect to communities is therefore enormous.

With Gauteng fast becoming the epicentre of active cases in SA, the return of more learners to school yesterday is likely to increase risk and unnecessarily exacerbate an already precarious situation.

'We survived Covid-19' - messages of hope from some who recovered

Minister of basic education Angie Motshekga is due to brief the media on the progress in the basic education sector since the reopening of schools in ...
News
1 year ago

Why we are not sending our children back to school: parents explain fears

As the second cohort of pupils return to school on Monday morning, some parents said the safety of their children is just as import as education.
News
1 year ago
Next Article