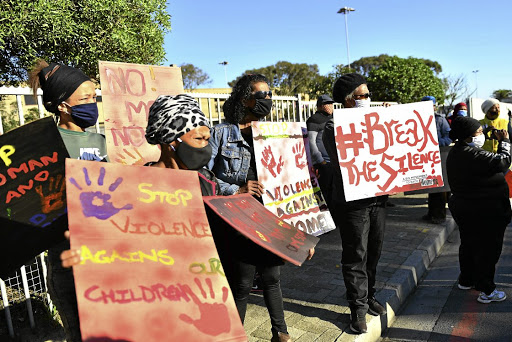 The South African criminal justice system must make sure sex crimes offenders do not enjoy the benefits of free society by standing firmly with the victims. / Gallo Images/Ashley Vlotman

In conversation with my daughter, who I often speak to, to get insight into the experience of being a woman in our country - because who better to give me a level of understanding on being a woman, than a woman?

We were in conversation about various contexts she had found herself in that could possibly have led to her death or rape. At face value it seems extreme referring to one's possible rape or murder, but that is in fact how women feel in SA.

Often women say "being a woman in South Africa is an extreme sport" - when you look at the statistics, it is true. She reflected on some of the "tricky" circumstances that could've led to her being a statistic because of the simple fact that she is a woman.

One such event was when she was out at a jazz club. As the night continued, a man consistently made advances at her. Little did she know that this man is known to have sexually violated various women and gotten away with it.

The people surrounding her would occasionally pull this man away from her.

Now, the immediate response many people would expect me to have is to be thankful that there were people around her, who saw the man make advances at her and that other people who knew his history/ transgressions, did not stand by and watched things unfold and "hope for the best".

They were proactive and kept him away from her, to the extent that a male friend walked her home. This matter is far more complicated and has far more layers than simply showing gratitude to those people.

One might say it is unfair for a man to be isolated like a plague when they have not been tried by a court of law and had a case proven against them. However, knowing the justice system of our country, it is not a surprise to see someone who has violated women roam our streets.

Twitter has launched a new prompt to fight gender-based violence in response to a surge in sexual assaults and domestic attacks during lockdown, a ...
News
1 year ago

Known abusers can go on living their lives comfortably as our neighbours, colleagues and church members - when the opposite is true for victims of abuse and sexual assault. They live every day with the trauma of the violation they have been through.

Society has no reprisal for the perpetrator that is known but has not been brought to book by the law. One may say "innocent until proven guilty" however, this does not convince me enough when I think of the numerous ways in which women are failed when reporting their abuse to the police, how their cases are handled and the abuse they go through at the hands of the law.

How can you then expect me to wholly rely on this very law that has shown to inadequately serve women in their quest for justice? There have been numerous watertight cases where victims followed all protocol in preserving evidence of their assault and timely reporting the crime but see the perpetrators roaming the streets a few days later.

You cannot blame me for choosing to believe a victim before I believe in the innocence of the perpetrator. This is largely because, even if a case does not reach the courts, I am aware of the many hurdles and systematic challenges that exist in our justice system that do not aid victims of abuse - so much so that they give up.

The pursuit of justice is too long of a road for the trauma they've already experienced. Lastly, there are far less cases of false accusations than of real cases.

We need to, as far as possible, be on the side of the oppressed. Known rapists and abusers should not live comfortably amongst us.

Farewell to a great young man who was a gender activist and a great thinker, Mzwakhe Justice Kumalo.

Men have a duty to stand up as the perpetrators of femicide, rape and abuse of women and children
Opinion
1 year ago

'No bail,' demand protesters as man accused of killing a Cape Town mother, her daughter appears

Kyle Smith, who is accused of killing a Cape Town mother and her daughter, has told the court that that he has a clean record
News
1 year ago

Just hours after President Cyril Ramaphosa addressed the nation and waged war on femicide and gender-based violence, actress Rami Chuene has urged ...
Pic of The Day
1 year ago
Next Article