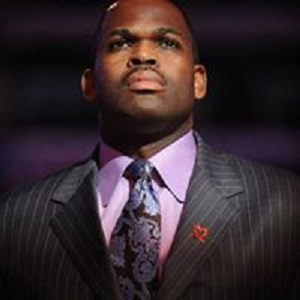 McMillan's comments come in the wake of weeks of protests sparked by the death of George Floyd, an unarmed Black man, under the knee of a white police officer in Minneapolis.

"Make America great ... again? What part are you talking about trying to bring America back to? When was it great?" McMillan, who is Black, told the Indianapolis Star.

"The 'again' part was pretty much what he (Trump) has done, which is pit white against Black.

"He has fuelled this thing, the way he has led. Why not just make America great? It's never been great for us."

Trump, who often touts Black unemployment, which hit the lowest levels on record before the coronavirus pandemic, when talking about his policies on race, responded to the nationwide protests over Floyd's death by focusing on "law and order".

Facing criticism that his policies and inflammatory rhetoric had aggravated a racial divide in the United States, Trump signed an order last month that he said would reform police practices.

Floyd's death also sparked an outpouring of support for the protest campaign from athletes and team owners.

McMillan said the time had come for lasting change.

"As Black people, we've always referred to 'the system,'" he added. "The system is keeping us down. We really never explained what this system was but we knew there was a system in place that would prevent us from getting a fair shake.

"People are fed up with what is going on. What we've been experiencing on both sides, both white and Black, is old America. We want a new America."