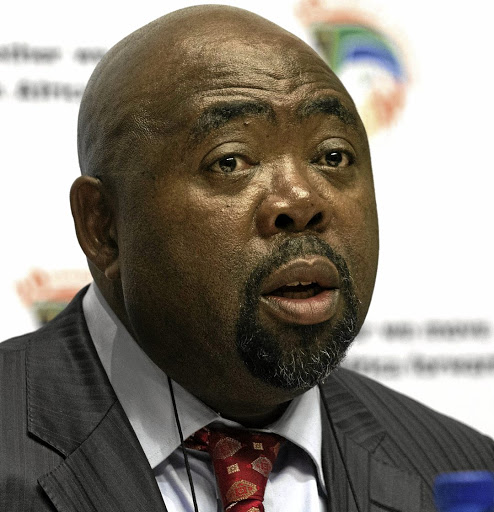 Incidents that have come to light with regard to the Covid-19 relief fund should compel Minister Thulas Nxesi to take a closer look at the fund's efficiencies as well as the bureaucrats who run its system, the writer says.
Image: Trevor Samson

It was only a matter of time before questionable characters in this country set their sights on the Unemployment Insurance Fund (UIF) and the relief meant to assist those who have lost income due to the Covid-19 pandemic.

At the weekend our sister newspaper, the Sunday Times, exposed an alleged money-laundering scheme wherein nearly R6m in relief funds were channelled to one man.

The money, intended to benefit 200 workers, was paid to Tshepang Phohole's bank account and then funnelled to friends.

Evidence suggested that within days, about R5.7m was blown.

Police are now investigating whether UIF officials had in fact colluded to have the funds transferred to Phohole.

Today, we report that a retired bus driver had R4.7m deposited into his account by the UIF in April, allegedly by mistake. The money was meant for bus company Mega Coach employees, who have now been left high and dry as a result of the questionable transfer.

The man is said to have spent some of the money before the alarm was raised and his account frozen. Be it brazen acts of corruption or systemic incompetence on the part of the UIF, these incidents tell a story of a fund manager whose systems are susceptible to being compromised.

Current investigations into these transfers must ensure that those responsible are held accountable, even criminally, where there is evidence of collusion and theft. At a time when millions of workers in SA are in desperate need of financial aid, we cannot afford to have institutions meant to bridge the gap fail in their mandate.

Labour minister Thulas Nxesi recently hailed the UIF for what he said were improved systems of payment. These incidents suggest otherwise. If anything, they should compel the minister to take a closer look at the fund's efficiencies as well as the bureaucrats who run this system.

Nxesi's assessment of the UIF's performance should not only be based on the amounts it has paid since the lockdown but also the effectiveness of its systems to detect breaches that compromise its ability to service its intended beneficiaries.

These incidents should compel Nxesi to take a closer look at the fund's efficiencies as well as the bureaucrats who run this system.

A retired bus driver was paid a whopping R4.7m in Covid-19 relief funds meant for 1,000 of his former colleagues.
News
1 year ago

UIF to probe Ters delays to employees despite R21bn paid out

The Unemployment Insurance Fund is to investigate cases where employers have received a Covid-19 relief benefit and failed to pay it to you.
Business
1 year ago