Ignorance not an excuse for blackface gaffe 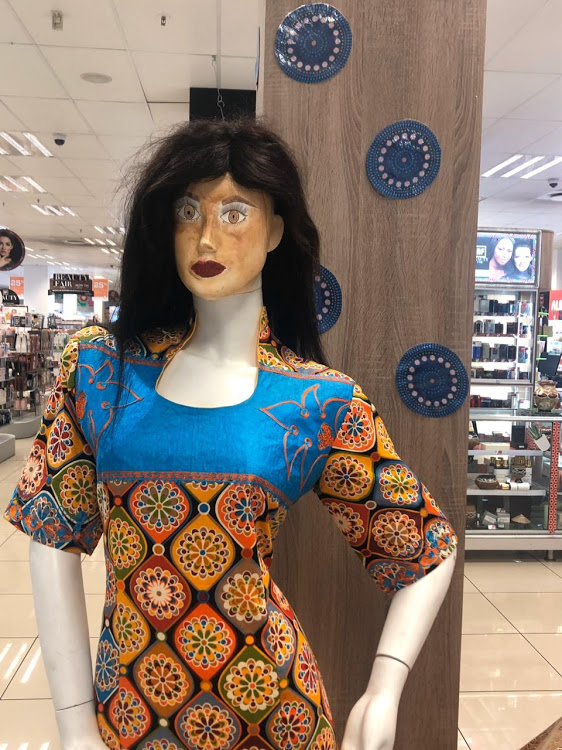 What we expected from Dischem's Tarryl Moonsamy was an apology and a commitment to educate her staff about the ugly history of blackface, the writer says.

The use of blackface by anybody for advertising or comic relief is inappropriate and race insensitive.

Last week, Dischem made headlines for its "African beauty" themed campaign when a picture of a white mannequin with an ochre-tinted face surfaced.

The picture was taken at the pharmacy's Killarney branch, in Johannesburg. The mannequin was dressed in African print and sandals. There was a horribly shaped hut, a reed mat and several calabashes by its feet.

At the time, the branch said it was a directive from head office, but the company's marketing coordinator knew nothing about it. She added that the company did not own mannequins.

However, branch manager Tarryl Moonsamy who was interviewed on Radio 702 yesterday said the employee behind the blackface gaffe is black.

Really now? So that is supposed to solve the matter and make everybody forget and move on?

The staff member that did the viral "black face" make-up job at a Killarney Mall Dis-Chem store has been identified as black by store manager Tarryl ...
News
2 years ago

The Killarney Mall branch of pharmacy chain Dis-Chem may have landed itself in hot water for a campaign launched at its store.
S Mag
2 years ago

Moonsamy went on to say that the doll was brought into the store by the staff member who wanted to showcase her "African culture".

It is hard to believe that people keep mannequins at home, but we'll go with it. That an ignorant black decided to use a blackface is not a justification. The fact is that the act was hurtful and offensive to the majority of the people in this country.

What we expected from Moonsamy was an apology and a commitment to educate her staff about the ugly history of blackface, and the pain it causes for its demeaning caricature of black people through its over-the-top make-up.

But it seems like she needs that history lesson herself on why it is not okay to use a black face to promote fashion, beauty products or for comedy.

The use can be traced as afar back as 1800s, when white actors used to paint their faces black in minstrel shows around the world. At the time blacks were still slaves, the acts were done to portray them as inferior and stupid and to reinforce white supremacy.

Its offensiveness is worse in SA where millions suffered because of racism under apartheid.

We call on Dischem to send its workers, in all their stores across the country, to a workshop to teach them about race and culture sensitivity and demeaning stereotypes.