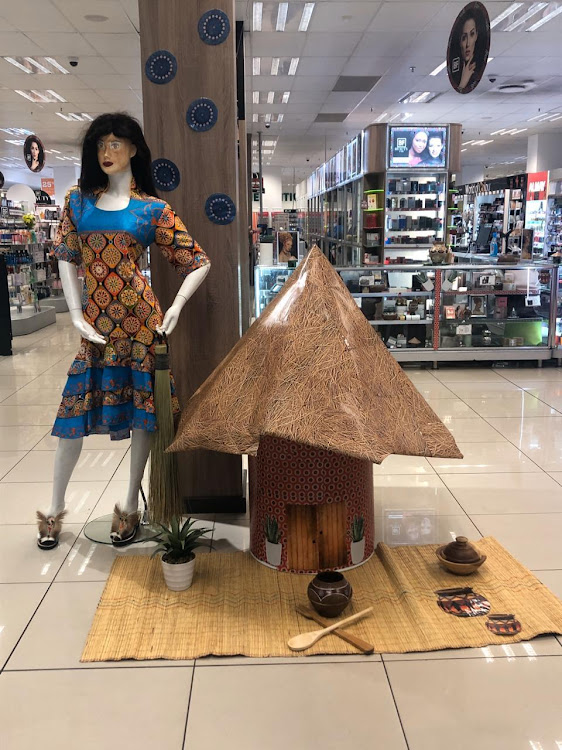 An installation outside Dischem at Killarney Mall. The display is said to be part of their "African beauty" themed beauty fair.

The Killarney Mall branch of pharmacy chain Dis-Chem may have landed itself in hot water for a campaign launched at its store.

A white mannequin was photographed with an ochre-toned product on its face at the Killarney branch, which seems to resemble blackface. At the foot of the mannequin are an oddly shaped hut, a reed mat, and an assortment of calabashes. The mannequin is also dressed in African-print clothing and traditional sandals.

Jan Opperman, manager of the Killarney Mall Dis-Chem, explained that the “African beauty campaign” came as a directive from head office. “Every year we have a different ones [themes] sent to us from head office,” says Opperman. “We all have to do it differently.” He says an unnamed staff member from his store put the display together. 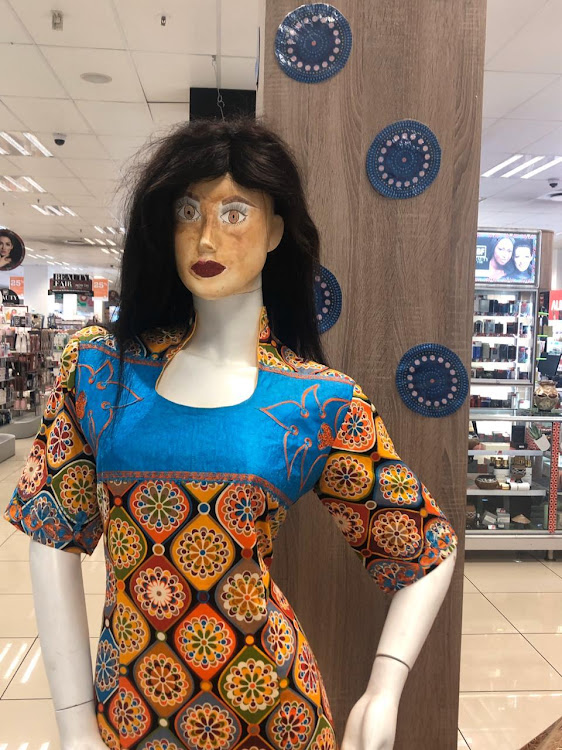 When asked about who gave the go-ahead for the display, Opperman hung up and did not take any of our calls.

Dis-Chem’s marketing operations coordinator, Obakeng Modubu, says the company knew nothing of the campaign run by the Killarney Mall branch.

Additionally, Modubu said that the only campaign sent out to all stores is titled the “beauty fair” and that advertising has to be consistent.

“We have the same themes for all our stores nationally, as well as the ones in Namibia and Botswana. It is very important that they all do the same thing as they are given the same directive from head office,” says Modubu.

Modubu says, the beauty fair campaign included artwork with a directive featuring a series of decorative dots on their broadsheets (pamphlets) and social media campaigns. Modubu was surprised that the store in Killarney Mall used a mannequin, as this is not permitted.

“We know nothing about this. We never use mannequins in store and we will be looking into it. I have forwarded the issue to head office,” she says.

This is why supporting the black hair industry matters

Hair salons have always been a cornerstone of black culture, and as the haircare industry grows, it’s more important than ever to invest in their ...
S Mag
2 years ago
Next Article