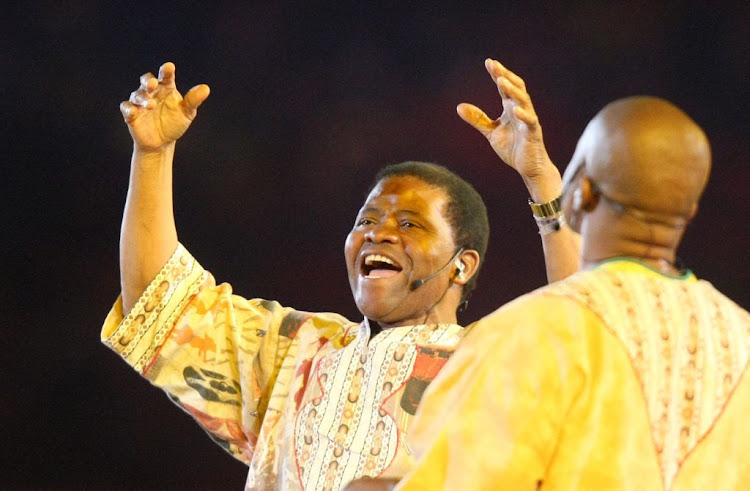 Joseph Shabalala, the founder of Grammy Award-winning Ladysmith Black Mambazo, who died on Tuesday morning was a rare breed who inspired a lot of people across the world with his music and humbleness, the writer says.
Image: Gallo Images

The legend has fallen, but we are sure that Joseph Shabalala's legacy will live on.

He passed on while the group was on tour in the US.

We join millions of people who have been touched by the death of this music icon.

We speak in unison with those who hail him for his humility and invaluable contribution to world music.

His music in the 1980s was initially deemed as hostel offering, but it soon spread across SA and neighbouring countries and was not only enjoyed for its unique sound but for the important message it drove home.

Shabalala used his songs to promote peace and stability in SA, and celebrate our diversity as South Africans.

He also highlighted, through his music, the HIV/Aids epidemic at the time when it was taboo to speak about the plague.

Joseph Shabalala, the founder of Ladysmith Black Mambazo, who died yesterday morning after a long illness, has been praised for his humility and ...
Entertainment
1 year ago

Though he did not dwell on politics, Shabalala's music told the story about individuals' suffering, migrant workers and people who lived in rural areas, among other things.

Shabalala's illustrious music journey spanning over 40 years saw him and his outfit deservedly win numerous awards both at home and abroad, including five Grammy Awards - a rare feat by a group from rural KwaZulu-Natal.

Black Mambazo became known internationally after teaming up with Paul Simon on his 1986 album Graceland.

We also want to thank SA's institutions and individuals who recognised this legend while he was still alive. We hope SA and the world in general will continue to honour Shabalala posthumously and back the group as it continues to make SA proud through its rich music.

To Shabalala we say: you were a rare breed who inspired a lot of people across the world with your music and humbleness.

Your legacy will continue to inspire more generations to come.

Like we noted above, your legacy will never die.

We are proud to have had you in our lives, and may your soul rest in eternal peace!

Joseph Shabalala, the founder of Ladysmith Black Mambazo, who died yesterday morning after a long illness, has been praised for his humility and ...
Entertainment
1 year ago

Ladysmith Black Mambazo received the news that founder Joseph Shabalala had died just as they were about to perform in Chicago during their tour ...
News
1 year ago
Next Article