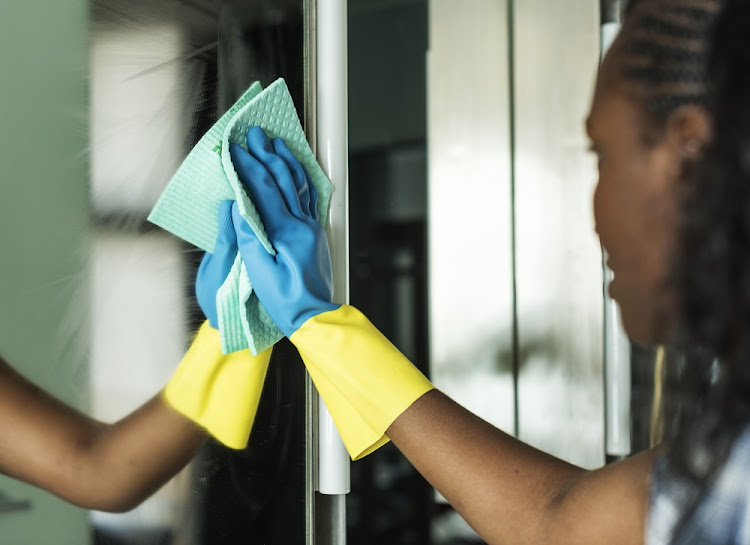 It has been interesting to watch the many responses to "#MenAreTrash" over the past couple of years.

What has been even more fascinating for me and lately has been the dilemma that must stir the men who are good and are just as frustrated by the trash.

I have always been of the mind that the men who aren't trash need to aggressively challenge the trash, call it out and deal with it.

Until a very weird accident happened to me this past week.

I came home to find a woman I didn't know on my couch, with luggage at her feet. I had a headache and my priority was to get to bed.

My helper, perhaps feeling awkward about her hosting, decided to explain why there was a strange woman in my house. Apparently, as of the previous evening, the lady worked as a domestic in one of the houses in the complex.

According to both of them, this lady was at home with the children and their father; the mother had left for a night out with her friends.

Power relations favour the owner and employer, and this can lead to fertile ground for abuse

The first incident was that the father walked into the bathroom while the helper was taking a bath because he was mad that he hadn't been alerted that the electricity was about to run out.

He then stormed downstairs and demanded that the helper go and buy cigarettes for him at the shop. Now the shop isn't too far away, but it is also not a trip to ask of a woman at that time of the night.

The helper explained that she wouldn't be able to go as she had to make food for the kids, which led to her being fired on the spot.

She was ordered to pack her things, given half her salary despite it being the 28th day of the month and ejected into a chilly night.

The reason? He was not going to have anyone in his house who would disrespect him to the point of refusing to be sent to the shop.

On that day, I offered my sympathies, and went to rest. But I have been thinking about this for a while. Power relations favour the owner and employer, and this can lead to fertile ground for abuse - as became the case in this instance.

This is the same as abuse against women and children, where the abuser has the scales tipped in his favour as far as power is concerned. Which is why as part of remedial action, we ask men to be the ones to help address it.

In this case, as a neighbour and someone who also employs someone in my home, I was in the same power range in the spectrum to help fight for the dignity and safety of that woman. I didn't. And I have been struggling with it all week.

But where does one begin? What does a confrontation of this kind look and sound like?

There is also the little voice that says this is none of your business, let it go, and then I remember that women die in this country daily because of that attitude.

How do we help to protect the dignity of the women who are desperate enough to leave their homes and run ours? How and where do we begin?