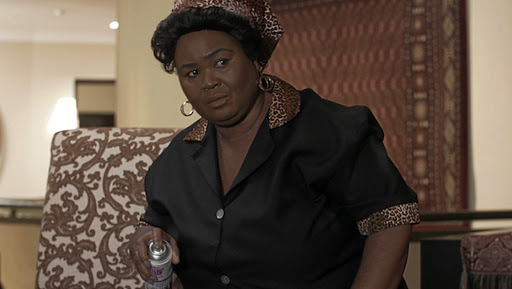 There are many stories about 'uAunti'.

It has become quite the norm for social media to be used as the ultimate amphitheatre for bullying those whose keyboard-stroke comebacks are slow and riddled with typos.

The bullying has always extended its poisonous tentacles to the poor and marginalised, and most recently, our domestic workers. A recent meme doing the rounds reads "if the maid has not asked for a weekend off then her boyfriend is in your household," complemented with thousands of laughs, retweets and sharing. To my dismay, the majority of people perpetuating it were women.

I'm friends with quite a number of professional women who are successful and progressive in their respective careers. Most, myself included, are vocal on the issues that affect us in the workplace and patriarchy and sexism in general.

We have fought tooth and nail for the achievements of women to be recognised and celebrated. Especially in a world that assumes a woman generally thrive at work because she is having sex with her senior. We have been relentless in ensuring we are respected for our own excellence, without men stealing our shine.

Our stance has been basically that of restoring the dignity and reputation of the woman at work. We are the generation of the #SebenzaGirl, #BerekaMosadi and #BossLady tags who have shown the world a woman's place is wherever she wants to be. Now, why do we not extend the same grace to our domestic workers? Our maids, as we still insist.

The domestic work industry in South Africa has long been fraught with issues around pay and proper legal protection.
Opinion
3 years ago

Here we are, in this century, not bothered about the indignity such careless statements ascribe to the women who break their backs to keep our homes neat. Suddenly, the insinuation that a woman is sleeping with the man she works for is not seen as an insult because the woman in question is a domestic worker.

The fact is, it is our culture as domestic employers to open discussion forums on social media to share just how incompetent and techno-backward these particular women are, making their indiscretion public fodder. I have scrolled through many stories about "uAnti." and some even divulge the names of these women, if not going as far as attaching photos.

Yet, the very same women are employees themselves. Employees who would cry foul if their employer used social platforms to discuss their shortcomings, incompetence and challenges at work.

They would file grievances and litigate as far as the CCMA and labour courts, and lobby other women for support and sympathy. Does our feminist agenda only extend to the fortunate few women who no longer wash laundry and scrub the toilet pan?

Are domestic workers not worthy of defence from oppression at work just like we, the ones who frequent boardrooms, believe we are?

The Commission for Gender Equality has stepped in to help Christine Wiro.
News
3 years ago
Next Article