Schweizer-Reneke teacher can return to school after labour court win 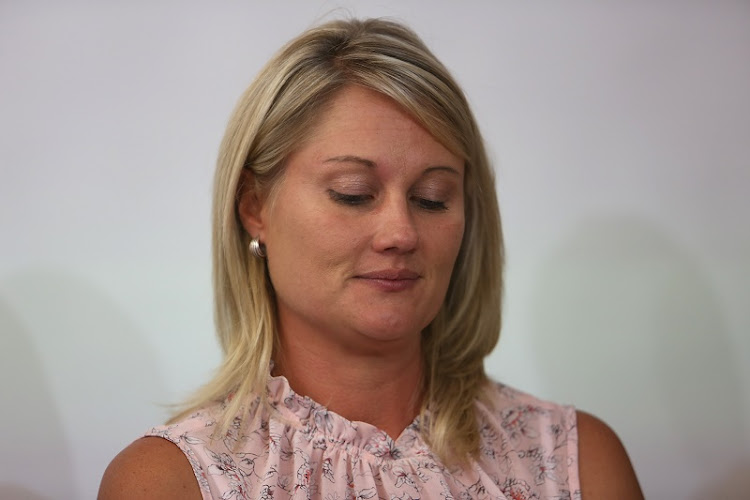 The labour court on Thursday found the the suspension of Elana Barkhuizen, the teacher at the centre of the racism storm at a North West primary school to be "flawed".
Image: Image: Alon Skuy

On Thursday‚ the court in Johannesburg found that her suspension by the North West education MEC Sello Lehari was flawed‚ as she was in the employ of the school governing board not the department of education.

In addition‚ Judge Connie Prinsloo found it was unlawful for provincial education MEC Sello Lehari to suspend her as she is not employed by the Dept. of Education‚ also that her suspension was done without due process.

Suspended Laerskool Schweizer-Reneke teacher Elana Barkhuizen and trade union Solidarity have filed an urgent application for her to be reinstated.
News
3 years ago

She also states that it was not necessary to suspend Mrs Barkhuizen. ruled that Barkhuizen's suspension should be lifted and that she could return to work.

The Laerskool Schweizer-Reneke teacher was suspended after photographs that she shared to parents on WhatsApp sparked a race row.

One of the photos showed black Grade R pupils seated separately from their white counterparts.

With trade union Solidarity‚ she brought an urgent application to set aside the suspension‚ with immediate effect.

Solidarity commented after Thursday's court ruling: "We will have discussions with the governing body this afternoon as to which date she will be back at work."

Barkhuizen said: "Thank you to everyone who supported me. Justice has prevailed."