Our dream turned into a nightmare 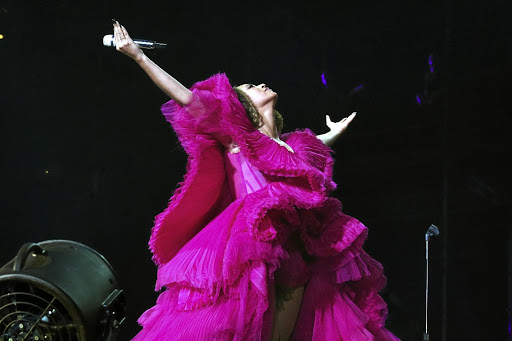 For weeks many of us were gripped by sheer excitement at being given the opportunity to experience Beyoncé live on our very own shores, after many years of hoping she and her husband Jay Z would consider adding South Africa to their list of tour destinations.

As the big day drew closer, she, her family, Oprah and others from the long list of A-listers landed in SA, and proceeded to set the social media completely alight.

In the few days before the big event, a lot of messaging was published where concertgoers were advised on matters such as how to stay safe, hydrated and uncompromised.

At this stage, the general assumption was that revelers only had to do their part, and everything else would be taken care of. For any discerning human being, all the elements that need to be present to create a distinct impression of perfection were all there; The Carters - a couple synonymous with excellence; Oprah - a daughter who skipped the mourning period of her own mother's death; Naomi Campbell, Tyler Perry, ED Sheeran. the list goes on and on. The fact that these icons all wanted to be nowhere else but here in Mzansi, contributed to the confidence and anticipation we all had in and for this event.

But boy were we wrong! So wrong in fact, that things almost got deadly. The first symptom that pointed towards the day becoming an absolute nightmare was when we arrived at FNB Stadium. Road closures began kilometres away from the venue, with no shuttles to transport people closer to the entry points.

Once one finished making this long walk, a bigger horror awaited: there was just one entrance open, and this single entrance was meant to process the 70 000-odd people that had congregated there, all at the same time, at the behest of the organisers.

In the snaking queue, one could find pregnant people, teenagers and children, people in wheelchairs and people of every race all burning from the scorching heat in an ordeal that lasted some three hours. All this while the barricades would be periodically opened for people in German Sedans. one imagines that these are the people that matter to the Motsepes.

The initial trauma subsided as the music played and goodwill flowed. Only for the night to end in absolute disaster as people leaving the venue were mugged, allegedly raped, stabbed and terrorised by thugs who were given this opportunity on a silver platter due to the fact that the concert organisers did not bother to consider the safety of the very same people they invited to the concert. There was no visible or active policing. There were no measures taken to enable safe exit and passage from the venue, and each and every logistical element one can think of was either nonexistent or a total shambles.

Instead of the festival becoming an unforgettable celebration of Madiba's birthday, wishes and values, The Global Citizen Festival South Africa presented itself as a microcosm of everything that is wrong with society: the vulnerable (women, children and LGBTIQ community) being victimised; the rich and connected being the only people who enjoy comfort and protection; and regular people only being used for ambiance and then left to fend for themselves once the rich were done bathing in their applause and screams of adoration.

In all seriousness, it should really be considered criminal that an organisation can invite people only to endanger them. The Motsepe Foundation should account for why it skimped on all-important safety and logistical measures, that could have been the difference between whether someone got mugged or assaulted or ended their night on a wonderfully high Beyonce note. And most of all, Patrice and Precious should introspect on why they were clearly more concerned about fighting abstract poverty, and not the immediate protection of those that were there to support and applaud for them.

- Gudlhuza is a public relations specialist

Motsepes saddened by crime at concert