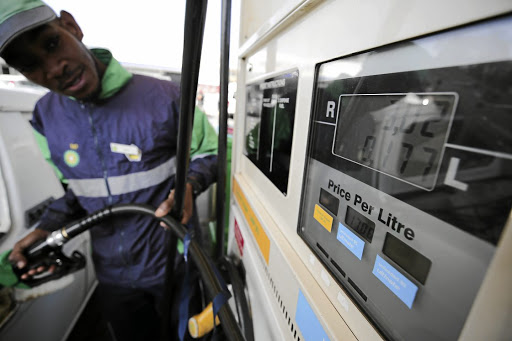 Due to petrol price hikes since the beginning of the year, the average taxi commuter now has to fork out an additional R250 per month just to get to work, says the writer.
Image: Alaister Russell

South Africans will have to brace themselves for a series of steep fuel price increases in the next few months as the cost of crude oil will continue to rise while the economy struggles.

Commuters who rely on the taxi industry, and are already struggling in a tough economic environment, will be hard-hit unless the government steps in.

Just this month, we have seen record fuel price increases of 99c for petrol and R1.24 for diesel that pushed fuel prices close to - and over - R17 per litre in some cases.

There is no indication that next month will be any better, as the Central Energy Fund data shows there is already an under recovery of 37c per litre of petrol and 59c per litre for diesel.

To add insult to injury, it is speculated that the crude oil price may soon reach $100 (about R1448) per barrel.

These steep price increases are starting to push access to transport for our most vulnerable communities out of reach. SA has historically developed by pushing our poorer communities to the peripheries of the cities, while only those who can afford it live closer to the business centres and their workplaces.

Petrol price increases rob poorer communities of one of their most urgent human rights - earning a living for themselves.

However, while the poor state of the rand and high crude oil prices play a role in high petrol prices, our current steep fuel price is mainly caused by government fuel taxes and levies for the Road Accident Fund (RAF).

The government is hoping a plan to allow some competition into setting the price of 93 octane fuel will result in lower prices.
News
3 years ago

The levy that bankrolls the RAF - which is currently facing financial demise - has climbed 365% to R1.93 per litre of both fuels, which means that petrol price comprises only 49% of the cost of the actual fuel, compared with 60% a decade ago. This newspaper article says that in 2014, the National Treasury netted about R43bn from the fuel tax. Last year, it was R71bn.

For the average taxi driver, the latest price increase results in a R1000 increase in fuel costs per month, and a R3000 increase since January. These costs are passed on to the commuter.

Increases alone have resulted in an extra R1bn input from taxi drivers, which has been passed on to the consumers. The average taxi commuter now has to fork out an additional R250 per month just to get to work. If a commuter earns R6000 a month - many earn far less - this accounts for up to 4% of her monthly salary.

And, with many companies sticking to inflation-based increases of 6%, she will technically take home only 2% of her increase, after the direct influence of the fuel price on her pocket.