Criticism of those who pay tithes a sign of ignorance 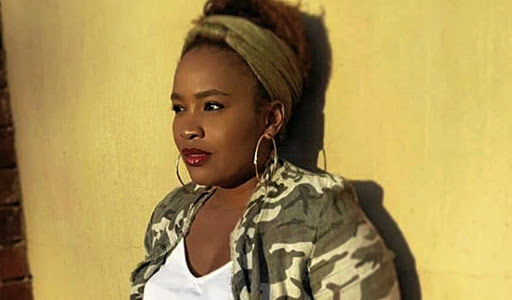 The views expressed by actress Ayanda Borotho in the article titled "We can all be God in a person's life", are unfortunate and misguided.

She obviously means well but displays sheer ignorance of the principles that guide Christianity or any other religion that advocates for payment of a tithe, for that matter.

Borotho may not be aware that Christianity is based on the Bible and that is what guides its principles and values, otherwise she would not be saying what she is saying about the payment of a tithe because it is prescribed in the Bible. It is an act of obedience.

Anyone who professes to be of the Christian faith should do what the Bible instructs, even without being prompted by a pastor. That includes tithing as well as giving, which she obviously prefers.

As one who pays a tithe monthly, I know that if I do not pay no one will know and no one will follow up. It is a matter of respecting the principles and values in the Bible - the constitution of everyone who chooses Christianity as a religion.

All this is done for the enjoyment and comfort of those attending the service.

The question is, if they are enjoying all that hospitality, who must pay for it or where must the funds come from?

"Bishop" Tsietsi Makiti is a man who divides opinion and has been met with a lot of scorn for delivering his sermons in taverns and shebeens.
News
3 years ago

Giving, which Borotho seems to prefer to tithing and wants to do it her own way, is a big part of Christianity and I know that Muslims too are big on that.

The problem with giving is that it is voluntary and organisations need to survive. Having said that, Christianity does not hinder me from further taking care of those in need - it is a matter of an individual's choice.

If an individual voluntarily takes membership in a particular religion or organisation, he or she is naturally expected to abide by the set of rules, principles and values that govern its existence, even if it is not enforced.

If you take membership in a particular political party or stokvel, you are taken through its constitution with a set of rules and regulations to observe, as well as principles and values you are expected to adhere to as a member.

There is no serious organisation that will allow one to do as he or she pleases while professing to be a member or to observe parts of the constitution while shunning others that do not fit individual preference.

We can all play our part, in various ways, to make the lives of others better. As I subscribe to paying my tithes, it is my individual choice and I should not be criticised for doing so. The church, in its own right, plays an instrumental role in helping those in need, also using funds collected through the tithing process.

Attacking the practice of tithing and condemnation of people should not be the premise of Borotho's argument but instead she should become an agent for change and start a conversation of how we, as society, can collectively or individually assist more in making a better life for those in need.