Can Lebeya give Hawks their wings? 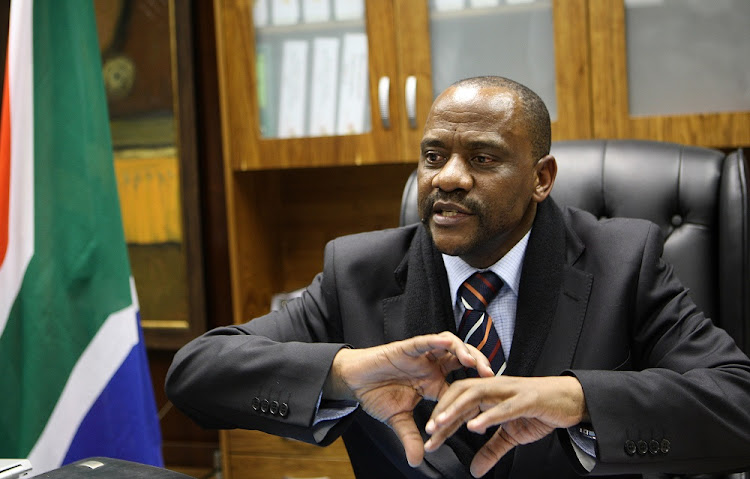 Godfrey Lebeya is the head of the Hawks.
Image: Simon Mathebula

The announcement on Thursday of the appointment of accomplished career policeman Godfrey Lebeya as the head of the Directorate for Priority Crime Investigation has been widely well-received.

The Hawks, as the unit is commonly known, have not been immune to the general malaise that has afflicted law enforcement agencies due to a deliberate ploy to weaken them for political and criminal ends.

The unit was created to replace the Scorpions (Directorate of Special Operations ) which had fallen foul of the powers that be by prosecuting political untouchables. The Scorpions were put to the sword after the Polokwane conference of the ANC that brought Jacob Zuma to power in 2007.

What followed was the systematic weakening of law enforcement that many would point to as the reason behind the unacceptable levels of crime.

Thousands of investors have lost more than R1-billion in an alleged investment scam.
News
4 years ago

The crippling spree included vital organs of policing, such as crime intelligence, and the denuding of the Hawks' clout.

The latter went through the hands of dubious managers such as the disgraced Berning Ntlemeza. His elevation, and that of Richard Mdluli at crime intelligence, left the two crucial units seriously hobbled.

Many would point to the recent spike in cash-in-transit robberies as a symptom of the kind of rot that has rendered the police service almost an uninterested bystander as criminals run amok without consequence.

The promotion of these kind of officers is often at the expense of dedicated soldiers to the cause such as Lebeya, who has reportedly often been overlooked for promotion. He was eventually forced out of the police service by less capable appointments, and won a labour settlement, part of which he now has to pay back.

Advocate Seswantsho Godfrey Lebeya has been appointed as the new head of the Hawks‚ government announced on Thursday.
News
4 years ago

But, as the saying goes, good things come to those who wait, and Lebeya has the opportunity now to show once again his reported boast on social media that he was "the best" at every level he has served was no empty rhetoric.

"The standard of performance of the [Hawks] during my term remains a measuring stick," he is reported to have said.

He, and many other good and capable policemen and women, need all the support within and without the police they can get.