Women in ANC fail to fight for themselves 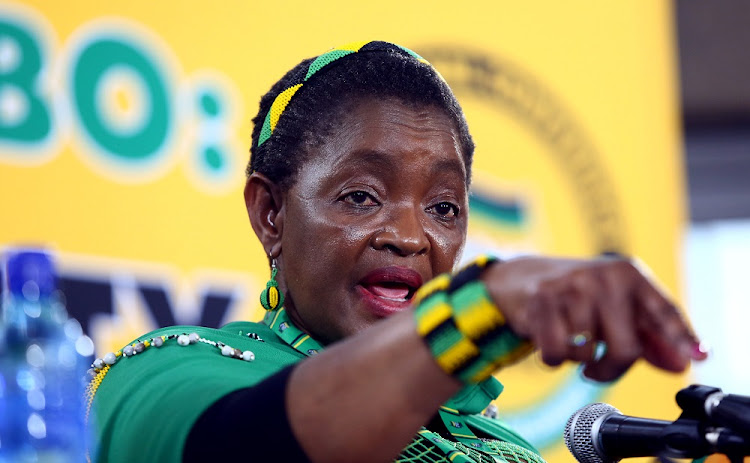 When former president Jacob Zuma was fired in 2005 as then deputy president of the country, he was replaced by a woman.

Thabo Mbeki, who was president at the time, picked Phumzile Mlambo-Ngcuka to replace Zuma.

Although many women, especially in the ANC Women's League, did not celebrate her appointment, Mbeki had a way of affirming women.

At the time, the ANC membership was divided in their support for Mbeki and Zuma. So whatever Mbeki did was not celebrated, as Zuma's support base was bigger than his.

Fast forward to now - since Mlambo-Ngcuka's appointment, there has been a regression in appointing women as premiers in provinces or as deputy president.

The situation for women has been worse after 2009, when Zuma took over as president. Women only dominate in cabinet.

Mbeki implemented the gender policy because ANC chairpersons during his tenure were not guaranteed premierships.

Mbeki, before this policy was implemented, had powers to appoint premiers and did not overlook women. Some in the ANC felt that he appointed weak women who were not in the structures of the ANC. The ANC Women's League also failed to support his strategy.

Where's the ANCWL amid rampant abuse of women

They sang, danced and held vigils when the president was facing a rape charge. They also gave the Steenkamps a hell of a lot of support. However, ...
Opinion
4 years ago

When Mbeki was defeated by Zuma at the ANC conference in Polokwane in 2007, former African Union chairwoman Nkosazana Dlamini-Zuma was on his slate contesting the position of deputy president.

It was clear that Mbeki believed in women and wanted them to lead.

Now, the women in the ANC want President Cyril Ramaphosa to appoint a woman as his deputy in government when he reshuffles cabinet and also next year if the ANC wins the general elections.

It will be wrong for Ramaphosa to parachute any woman.

I also do not see ANC deputy president David Mabuza stepping aside for a woman.

He has already said his goodbyes in his province.

Men in the ANC who are chairpersons have refused to step aside for women to be premiers after the 2014 elections.

They only agreed with the NEC to accommodate women by appointing them speakers at the legislatures.

I must salute the Women's League under Bathabile Dlamini for pushing for Dlamini-Zuma to be ANC president. She was defeated by Ramaphosa to the position in December.

There is an opportunity now for women to challenge for the role of chairperson in three provinces - Mpumalanga, Free State and Gauteng.

The Women's League is not pushing for women to lead in these provinces.

This is how they lose out and end up crying foul.

Women can win if they stop fighting each other.

Moreover, they are in the majority in the ANC and can defeat men.