The hip-hop awards were simply wack 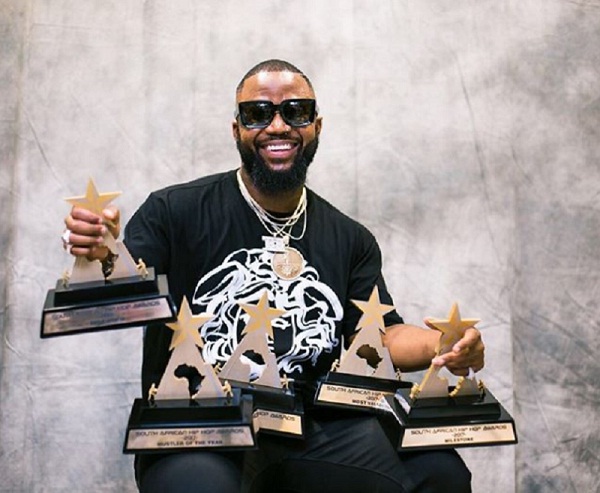 Madi spent two precious hours that she will never get back at the South African Hip-Hop Awards last week at Gold Reef City.

The last time Maditaba saw something that dull was watching Unathi Msengana singing at a corporate gig.

The highlight of the night was definitely Tumi Molekane and Cassper Nyovest's beef.

Cassper got on stage and yapped about Tumi not having done anything for him, while Tumi said something to the effect of Cassper ruining 'authentic' hip-hop. Madi couldn't stop rolling her eyes. Let's grow up bathong.

That red carpet will go down as the worst in the history of red carpets.

It looked like a Pikitup fashion show, I'm sorry.

Let's start with Mpho Maboi, who was wearing some "two-piece" skirt thing.

Mpho, that outfit is something that one wears when they exit prison on parole. What were you thinking?

Maditaba is claustrophobic, which is why she has never attended an EFF rally.
Opinion
4 years ago

Gigi Lamayne looked horrible in a cheap-looking sequin dress. She looked like a lady of the night who doesn't get paid much.

The hair and make-up were also deplorable.

Also, Madi has seen you wearing those ugly shoes before. Are those the only pair in your closet?

Bathong, Fifi Cooper showed up with what looked like EFF members. She wore an all-red tracksuit thing, complete with a red "razor cut" weave. The only thing missing on her head was a hlokoloza pin.

Aus Fifi, Madi knows the EFF threw you a lifeline by offering to get you a good lawyer to fight Ambitious Entertainment, but really, does it also mean you also let them into your wardrobe?

Lasizwe, the wannabe, showed up in a towel and shower cap. Madi doesn't know if it was an attempt to emulate Rita Ora at the MTV EMAs recently, but if fell apart.

Rita was high fashion, yours was the Gugulethu version in a desperate attempt to make up for your irrelevance.