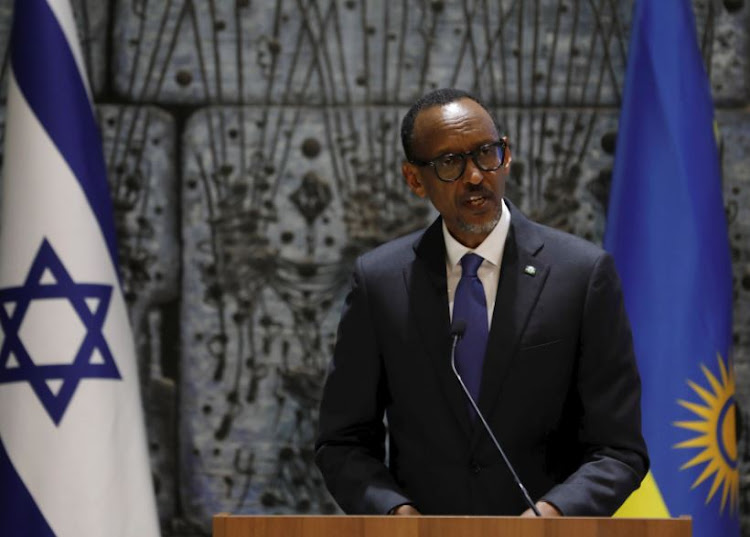 French President Emmanuel Macron arrived in Kigali on Thursday, hoping to reset ties between the two nations after decades of Rwandan accusations that France was complicit in the 1994 genocide.

The visit follows the release in March of a report by a French inquiry panel that said a colonial attitude had blinded French officials and the government bore a "serious and overwhelming" responsibility for not foreseeing the slaughter.

However, the report absolved France of direct complicity in the killings of more than 800,000 Tutsis and moderate Hutus.

Rwandan President Paul Kagame, who has previously said France participated in the genocide, said last week that the report "meant a lot" to Rwandans.

Rwandans could "maybe not forget, but forgive," France for its role, said Kagame, a Tutsi and the main power in Rwandan politics since his rebel army ended the killings by death squads loyal to the Hutu-led government.

Macron, who also has pointedly tried to distance France from its colonial past, agreed in April to open the Rwanda archives of former president Francois Mitterrand, who was in charge during the genocide.

Shortly afterwards Rwanda released its own report that found France was aware a genocide was being prepared and bore responsibility for enabling it, continuing in its unwavering support for Rwanda's then president, Juvenal Habyarimana.

True reconciliation is the best medicine for hate speech

I smail Dicky says he is afraid of political tensions and violence ahead of Sunday's general election in Central African Republic.
News
1 year ago

It was the shooting down of Habyarimana's plane, killing the president, that unleashed the 100-day frenzy of killings.

France then proceeded to cover up its role for years, the report said.

On Friday, the Elysee Palace said Macron would name a new ambassador to Rwanda, the first accredited French envoy since 2015.

The streets of Kigali were quiet on Thursday, with none of the banners or flags that usually accompany a high-level visit.

The French president is due to speak at the genocide memorial of Gisozi in Kigali, where more than 250,000 Tutsi are buried. Although Kagame has said it is up to France, many Rwandans say they are hoping for a full apology.

"I wish he could ask forgiveness for what France did during 1994," said Henriette Uwase, a 28-year-old street vendor selling mangoes, who was two years old when her father and two brothers were killed.

Many Rwandans had been angered because perpetrators of the genocide had been able to live abroad, said Alain Gauthier, who pursues such individuals with his Rwandan wife, a Tutsi who lost her mother and other relatives.

"We are waiting for one thing and that is an apology," he said. "Those who committed genocide and live pleasantly in France (must) be tried.

"Many people say that he will not apologize but I don’t see how Macron comes to Rwanda and leaves without apologizing for France’s role."

From Rwanda, Macron will travel to South Africa, where he will meet President Cyril Ramaphosa to discuss Covid-19 and regional crises, including one in Mozambique.