'Hotel Rwanda' hero says he was kidnapped and blindfolded before arrest 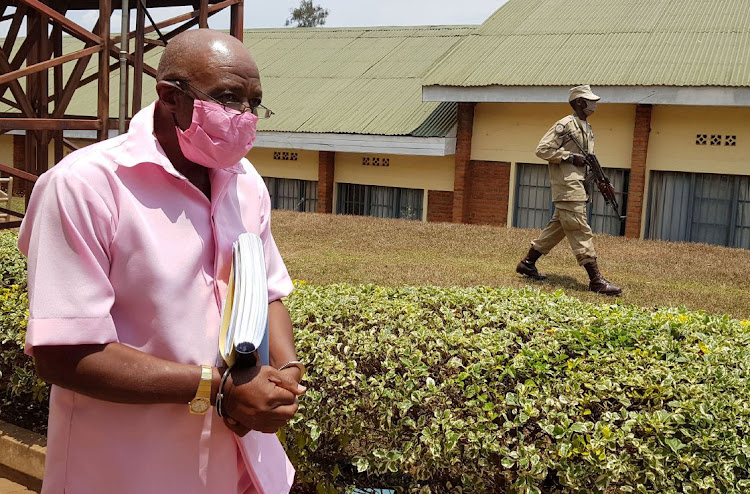 RWANDA-POLITICS FILE PHOTO: Paul Rusesabagina, portrayed as a hero in a Hollywood movie about Rwanda's 1994 genocide, is escorted in handcuffs from the courtroom in Kigali, Rwanda September 25, 2020.
Image: CLEMENT UWIRINGIYIMANA

"Hotel Rwanda" hero Paul Rusesabagina, on trial for terrorism and other charges said on Friday he had been kidnapped from abroad before being detained and charged.

Rusesabagina, a political dissident who has lived in exile in Belgium and the United States, was arrested in August after returning to the country.

At the time it was not immediately clear whether he had returned voluntarily or had been coerced.

"I was kidnapped to come here," Rusesabagina said in court in the capital, Kigali, as he applied for bail.

"...They tied my legs and my arms and I was blindfolded."

Prosecutors denied he had been kidnapped and said due process had been followed.

The family of Paul Rusesabagina - hailed a hero in a Hollywood movie about Rwanda's 1994 genocide - have accused authorities in Kigali of kidnapping ...
News
8 months ago

Rwanda said on Monday it had detained Paul Rusesabagina - the man who was hailed a hero in a Hollywood movie about the country's 1994 genocide - on ...
News
8 months ago

"No one kidnapped Paul Rusesabagina...he was detained at a legally recognised place after being notified of charges against him," prosecutor Jean Cabin Habimana said.

The Oscar-nominated 2004 film "Hotel Rwanda" depicted Rusesabagina, played by Don Cheadle, using his connections as a hotel manager to protect ethnic Tutsis fleeing slaughter by Hutus in the country's 1994 genocide.

He became a vocal critic of President Paul Kagame and once called for armed resistance to the government in a YouTube video.

In court, his lawyer, Gatera Gashabana, said Rusesabagina had been held incommunicado and his rights violated.

The judge said he would deliver his ruling on the most recent application on Dec. 2.