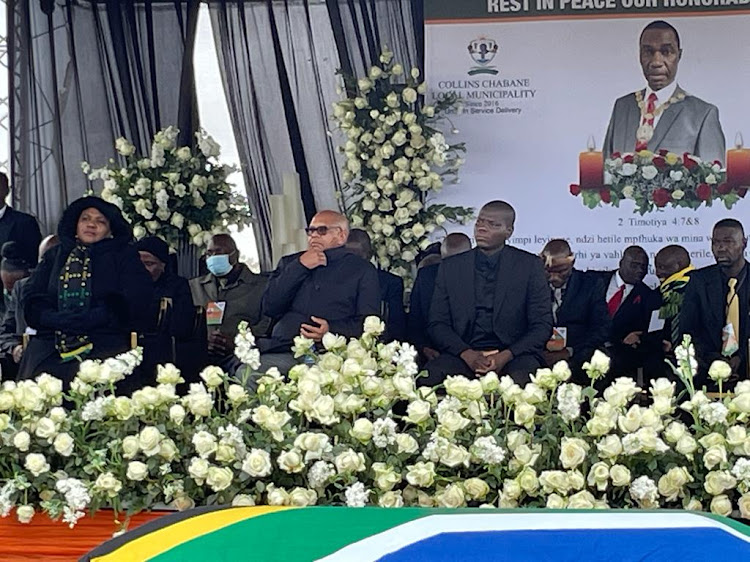 Mathabatha gave a speech on Tuesday morning in honour of Maluleke who was gunned down at his home in Xikundu Village near Malamulele more than a week ago. Maluleke’s son was also injured in the attack.

Maluleke’s burial takes place a day after two men appeared before the Sesalemani magistrate’s court in connection with his killing. A third suspect was released from police custody following the arrests last Friday due to lack of evidence.

Mathabatha said he had full confidence in the police within the province but was concerned that courts continued to give light sentences to criminals, saying they had done well to make arrests in Maluleke’s case.

“While we are pained by the death of comrade Moses Maluleke, we are comforted by the fact that his killers are not roaming the streets. The alleged killers are arrested and they are where they belong, which is behind bars. I can assure you that with the good work done by our police they will be convicted,” he said.

Family, friends hope three suspects arrested for Maluleke's murder will shed light on why he was killed

Colleagues and friends of a Limpopo mayor who was gunned down last week hope the arrest of three suspects linked to his murder will reveal the motive ...
News
2 weeks ago

“If it means changing the law, we must do it right now. In our country parole seems like a right not a privilege. The correctional system is not achieving its purposes. Some commit crimes hours after they are released,” he said.

Mathabatha went on to say that the Collins Chabane municipality, the Vhembe region and the rest of the province had suffered a great loss. He said Maluleke had set out to change things at the municipality despite all the challenges he encountered.

He announced a number of projects initiated by Maluleke including the construction of roads and assured that they would be carried out.

“The news of the senseless killing of councillor Maluleke has devastated all of us. We do not have sufficient words to express our pain, our anger and sense of loss. All we can say is that we have lost a true servant of the people and a true local activist,” he said.

The funeral service held at the Saselemani Stadium was attended by community members and members of parliament, including justice minister Ronald Lamola and minister for agriculture Thoko Dididxa.

Mayor murder suspects to appear in court day before his burial

The three men arrested in connection with the murder of Collins Chabane mayor Moses Maluleke are expected to make their first court appearance on ...
News
2 weeks ago

Collins Chabane local municipality mayor Moses Maluleke, 56, was gunned down at his home last week Thursday. His 18-year-old son was also shot and ...
News
3 weeks ago
Next Article