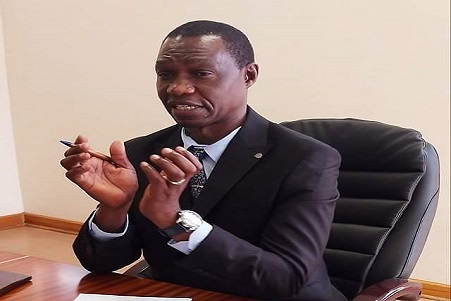 Collins Chabane mayor Moses Maluleke was fatally shot at his Limpopo home a week ago. His son was wounded in the attack. File photo.
Image: Collins Chabane Local Municipality

Three people have been arrested in connection with the murder of Collins Chabane local municipality mayor and ANC deputy secretary in the Vhembe region, Moses Maluleke.

Maluleke, who was commonly referred to as Big Moss,  was gunned down eight days ago in front of his home in Shikundu, outside Malamulele, and his son was wounded in the attack.

Spokesperson for the police ministry, Lirandzu Themba took to her Twitter account on Friday to announce the breakthrough.

Police in Limpopo had put forward a R250,000 reward for information that would lead to the arrest and conviction of Maluleke's killers.

Brig Motlafela Mojapelo said three assailants were believed to have carried out the attack.

“According to information at police disposal, three armed suspects entered the mayor’s home at Shikundu village in the Saselamani policing area at about 7pm and demanded money. The suspects then shot the victims and fled the scene,” said Mojapelo.

It was not immediately known whether police had paid the reward.