Ramaphosa had nothing to lose by speaking out against state capture, says Zondo

Speaking out earlier could have inspired others to do the same: chief justice 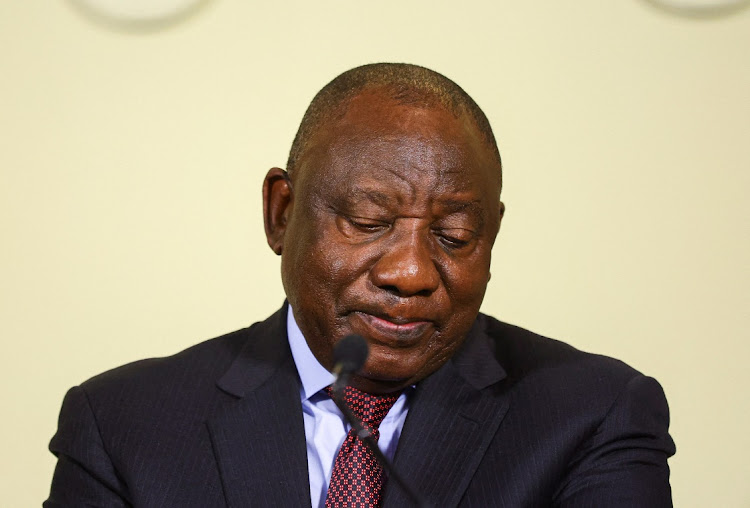 President Cyril Ramaphosa had nothing to lose by speaking out against state capture during his predecessor Jacob Zuma's chaotic reign.

This is the view of chief justice Raymond Zondo in the final part of his state capture report, which was released on Wednesday evening.

Instead of sounding the alarm, Zondo found that: "The option he [Ramaphosa] chose did not prevent state capture from continuing. There are good chances in my view, that, if he was removed, that would have shaken those who were pursuing state capture."

During the his testimony before the commission, Ramaphosa was asked what he knew in respect of state capture to which he testified that he had only been made aware of it after the Gupta e-mails were leaked.

Zondo said it was important to note that articles about the Guptas were already in the media as far back as 2011.

State capture was an assault on democracy, says Ramaphosa as he thanks Thuli Madonsela for her contribution

“At an NEC meeting in 2011, Mr Fikile Mbalula had told the NEC that Mr Ajay Gupta had told him in advance that he was going to be appointed as minister of sports and recreation and had complained about it on the basis that he should have been told by President Zuma about his appointment. In effect, Mr Mbalula was alerting the ANC NEC that the Guptas were exercising undue influence over President Zuma.

“In April 2013, the Guptas had landed their commercial aircraft at Waterkloof military base. This Waterkloof landing caused a huge outcry in the whole country.

“In my view, these three factors or events were enough to have shown President Ramaphosa that the allegations of state capture were credible. So by April 2013 there was enough already.

“However, just in case those three factors were not enough, then the dismissal of Mr Nene as minister of finance ought to have convinced president Ramaphosa that there was credence in the allegations of state capture.”

On what Ramaphosa did to play his part in this regard, Ramaphosa said he had five options: “resign, speak out, acquiesce and abet, remain and keep silent, [or] remain and resist”.

Ramaphosa testified that he "was morally opposed to acquiescing and abetting as well as to keeping silent. He said that, if he and others had resigned, there would have been even fewer impediments to the unfettered expansion of the state capture project.

“He said that if he had been confronted, he would have been removed and therefore would be unable to prevent state capture. He said that he chose to remain silent and resist as he believed it to be the only way he could contribute to ending state capture and corruption in government.”

In his view, Zondo said: “If President Ramaphosa had spoken out — and he did not need to have been confrontational — and spoken out firmly against state capture and wrongdoing, and President Zuma fired him, that stance could have given hope to a lot of other members of the cabinet who may have been looking for someone to lead in this regard.”

Indeed, there may have been many in the ANC who would have given him support and spoken out if Zuma fired him as deputy president.

There were further delays in the handing over of the final state capture report on Wednesday.
News
3 days ago

“Accordingly, in my view, he should have spoken out. I accept that it may be difficult to choose between keeping quiet and resisting. It would be untenable to send a message that if the same scenario were to happen again sometime in the future, the right thing is not to speak out.

“President Ramaphosa's role in regard to appointment of Mr Pravin Gordhan as minister of finance after Mr Nene's dismissal is dealt with in part 4 of the report.”

Zondo: Ramaphosa did not interfere in postponement of issuing final state capture report

State capture inquiry chairperson and chief justice Raymond Zondo has denied meeting with President Cyril Ramaphosa to discuss the “timing” of the ...
News
5 days ago

It is done: Zondo hands over fifth and final part of the state capture report

Sometimes I thought this day would never come, says Zondo as he hands over final state capture report

Chief justice Raymond Zondo on Wednesday wrapped up the work of the state capture commission, saying it had been a tough four years.
News
3 days ago
Next Article