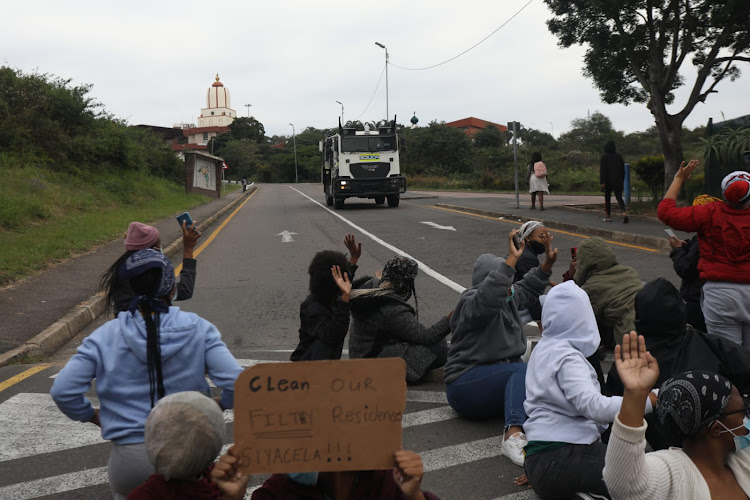 Students at UKZN's Westville campus have been protesting about the state of their residences. Police were called in on Tuesday to disperse the protestors.
Image: Sandile Ndlovu

Students protesting at the University of KwaZulu-Natal's (UKZN) Westville campus on Tuesday claimed that residences had not been cleaned since cleaning staff were suspended a week ago.

“The cleaners were suspended last week for demanding medical aid and residences have not been cleaned since then. Dustbins have not been cleared and we have to contend with the smell of all that waste,” said a fourth-year BCom student, who is on the O-Block residence house committee.

A student from the Forest Hills residence house committee said the university should not have suspended staff without putting in place temporary measures.

“They should have put measures in place before doing away with cleaners. But those measures should not include contract workers who will only come here once or twice a week. Who will we report to if our things go missing because the workers will be reporting to the contractor, not the university?” he said. 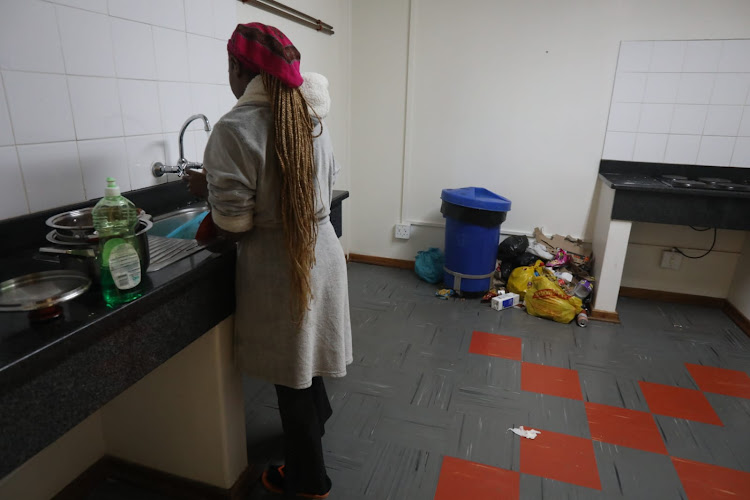 Students say the residences haven't been cleaned in a week.
Image: Sandile Ndlovu

The cleaning and gardening staff received letters of precautionary suspension on Wednesday for “engaging in an unlawful strike and unauthorised absenteeism”.

According to the letter, which TimesLIVE has seen, the staff engaged in these two activities between May 27 and 31.

However, staff told TimesLIVE the letter did not reflect the true events.

Cleaner Lungi Sikhosana said staff took two hours after work on May 28 to deliver a memorandum.

“Our supervisor and manager can attest to this. I don’t know where they get the other four days from. We had sent e-mails with our grievances but we never received any response, so we gathered to deliver our memorandum directly. The next thing we were told that we were striking.”

She said their grievances revolved around medical aid and salary increments that were promised after five years.

“With the medical aid we were given, we don’t get medical assistance, we are told there are no funds in our [accounts].

“We are also paid in grades, so we were promised that we would be upgraded to a higher grade after five years, but they have not lived up to that.” 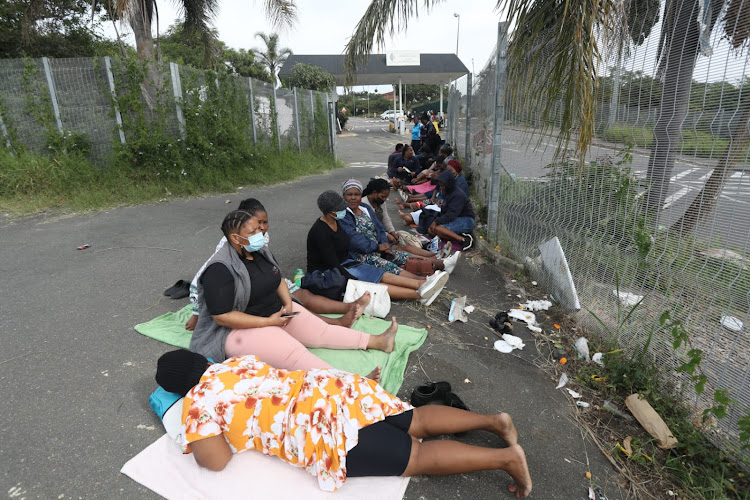 The cleaners waiting at UKZN for information on their suspension.
Image: Sandile Ndlovu

UKZN management said it was aware of the protests at some of its campuses.

She said there were no disruptions to the university’s online teaching and learning programme.

“The situation at both campuses is calm.”

Zondo said the police and university-appointed security were monitoring the situation at all campuses to ensure the safety of staff, students and property.

“University management condemns any criminal conduct, which includes the damage to property and threats to staff and students. The university continues to engage with students through recognised structures that can deal with their grievances.”